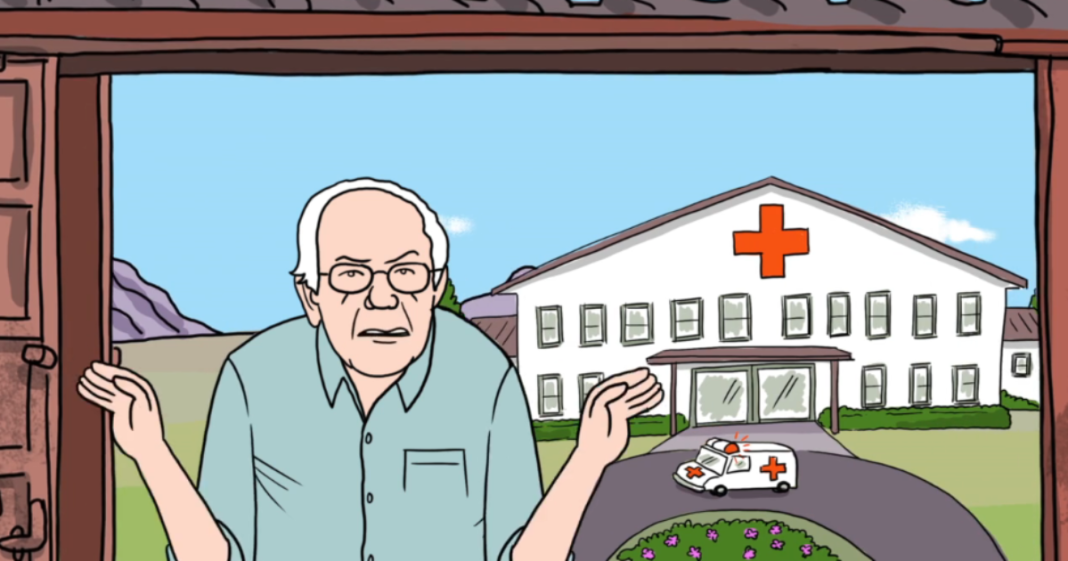 It plays a bit like the Wheel of Progress ride at Disney World, but this animated version of a speech from Presidential candidate Bernie Sanders provides a simplified version of his campaign message that anyone can understand.

The video, titled “Don’t Tell Me,” was created and posted by Vimeo user Rodd Perry who cut the audio from a speech Sanders made in Iowa back in October of 2015.

In the video, Sanders takes his characteristic gruff stance on the relatively backwards society America has in regards to healthcare, education, childcare, and energy production. He also tells Americans that their involvement in the political system is not only necessary, but is “what patriotism is about.”

“Don’t tell me,” he repeats again and again. Like a disappointed father, he both chastises and inspires viewers to believe that the lofty goals he is putting forth are not impossible, instead, they are imperative.