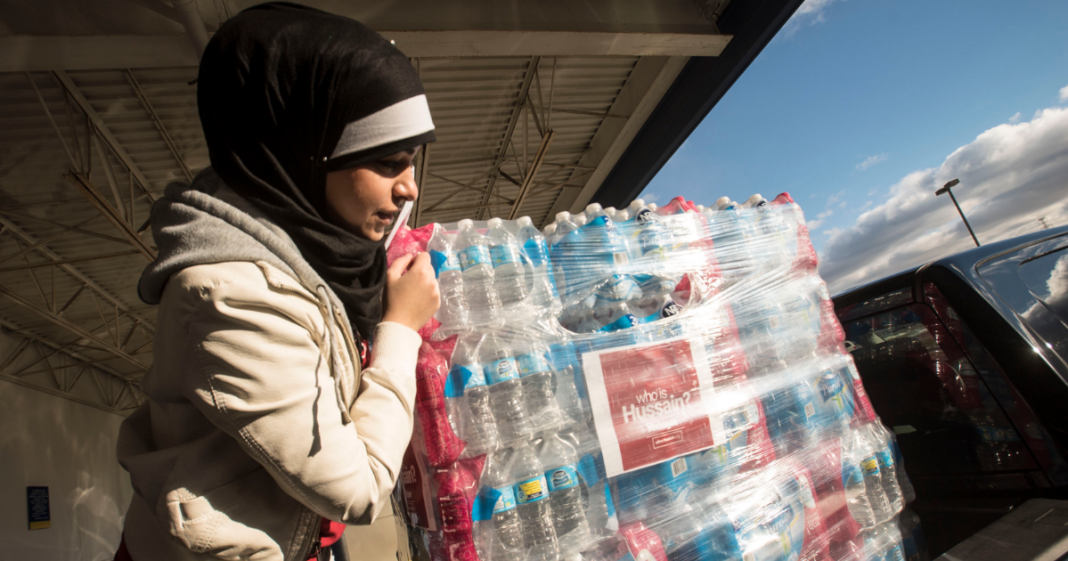 A group of American Muslims have sprung into action to aid the ailing town of Flint, Michigan by providing clean water to the low-income citizens in a neighborly act of kindness.

While the federal government flounders and drags their feet to aid the poisoned citizens of Flint, the Muslim group “Who is Hussain?” gave 30,000 bottles of water to the citizens who currently cannot drink or bathe with the water that comes from their taps.

The fact that they are a Muslim group is significant in the current social climate in which bigoted Americans target Muslim citizens, calling for a ban of all Muslim immigration into the nation. This group provides a poignant reminder to those more close-minded among us that Muslim people are just as caring and interested in the well-being of our citizens as anyone else. Despite what Donald Trump says, they are our allies, not our enemy.