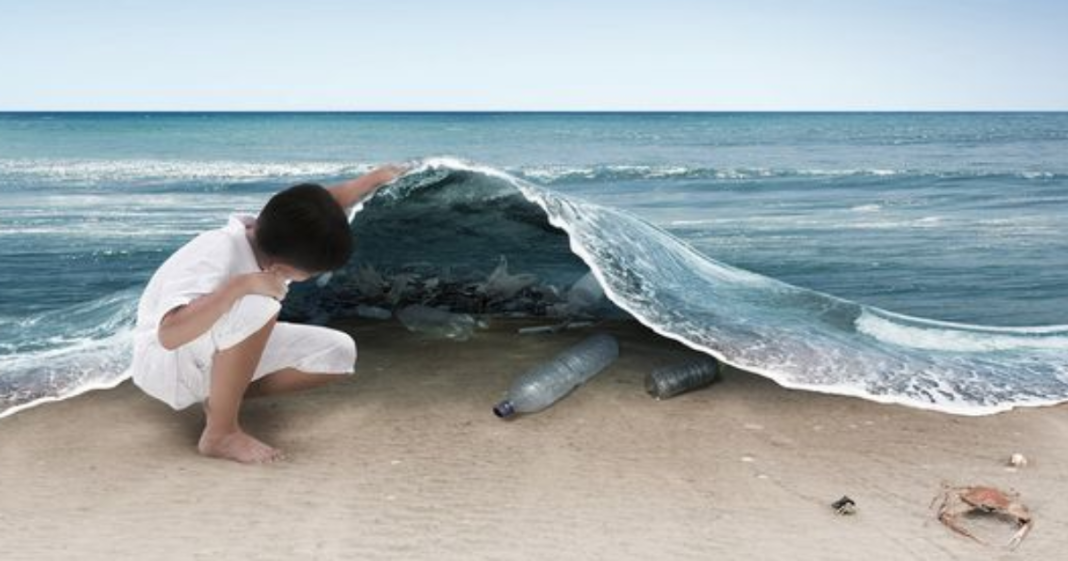 For all of its usefulness, plastic can be a vile substance. Primarily made from petroleum, the various types of plastics do not degrade. That means that they’ll be around for archaeologists to find centuries from now. The bad news is that our oceans are full of the stuff, and it is going to get much worse between now and 2050 unless humanity stops using the sea as its collective trash bin and finds a way to clean it all up.

This is according to a recent study from the World Economic Forum, which also reports that virtually every marine bird has ingested some amount of plastic, as has over half of the world’s sea turtles. According to the study, if all of this plastic could somehow be gathered up and packaged or bundled, it would easily be enough to build dikes along all the world’s coasts. Currently, there are five major “garbage patches” in the Atlantic, Pacific, and Indian Oceans where there is 600% more plastic waste than there is zooplankton. By 2050, there will literally be more plastic in the Earth’s oceans than there are fish.

The use of synthetic plastics dates from the early 1900s, when a Belgian chemist named Leo Baekeland developed the hard plastic known as bakelite from a combination of phenol and formaldehyde. Over the course of the 20th Century, more types of plastics were developed. One of the major players in the plastics industry was industrial poisoner Dow Chemical, which is responsible for the invention of polystyrene used for packaging and plastic eating utensils. Since the 1960s, the use of plastics has grown by a whopping 2000%, and the WEC report indicates that it will double within the next two decades. Despite the fact that most types of plastics can be recycled, 70% of it is simply thrown away. This refuse winds up in landfills as well as the oceans, where it will remain for thousands of years, leeching toxins into the environment.

The reason most plastics aren’t recycled is because of the expense. It simply isn’t profitable for businesses to go to the trouble of recycling and reusing certain types of plastics (although there are some programs that do).

The situation is looking extremely grim – but there are is at least one organization that is rising to the challenge. The Ocean Cleanup, is working on technologies for cleaning up the mess. This cleanup involves the deployment of a network of barriers that will surround the floating waste, allowing it to be gathered and removed from the water. Initial tests of the system are scheduled to be carried out in the North Sea this year. The technology was developed in 2014 by 19-year-old genius from the Netherlands Boyan Slat, who founded The Ocean Cleanup. His proposals have been reviewed by the scientific community which finds his ideas to be technologically and economically sound. Slat’s organization estimates that with the use of their barrier technology, they will be able to clean up half of the ocean’s plastic waste within ten years.

That is only part of the equation, however. The other part of the solution requires that the rest of us take responsibility for the thousands of tons of plastic waste we generate every day. That includes industry; it’s no secret that consumer products of all kinds are grossly overpackaged – and there is no reason for it (other than making said product packaging more attractive). There are far more environmentally-friendly alternatives to synthetic and petroleum-based plastics that can be made from biological sources, such as hemp. There are also many, many alternatives to using plastic containers and packaging at all.

It will take a commitment not only from consumers, but industry and business as well – and in addressing this ecological crisis, that may prove to be the biggest challenge of all.