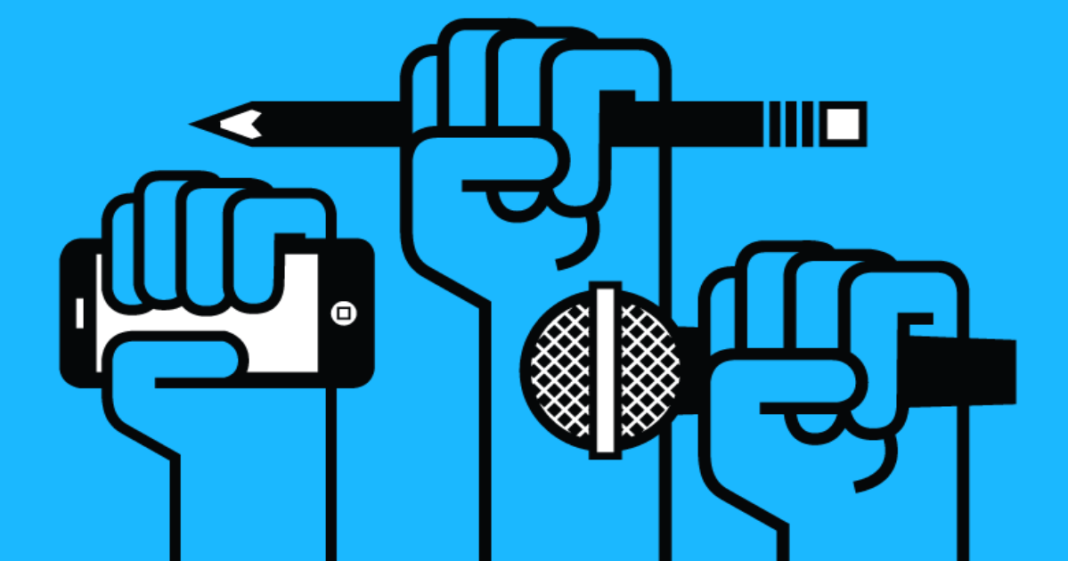 GOP State Representative Mike Pitts of South Carolina’s 14th District fought to keep the Confederate Battle flag flying over the Palmetto State and was investigated by a local newspaper for spending campaign money on personal goods and services. He is now demanding that journalists be registered and approved by the state before they are allowed to report on political campaigns and issues, or any other kind of news.

Pitts’ bill, the “South Carolina Responsible Journalism Registry Law,” was introduced in the state legislature this week. Part of the bill’s text was leaked to local reporter Gavin Jackson of The Post and Courier, who subsequently posted it on Twitter. It would amend an existing law in order to,

“enact the ‘South Carolina Responsible Journalism Registry Law’ so as to establish requirements for persons before working as a journalist for a media outlet and for media outlets before hiring a journalist; to require the establishment of a responsible journalism registry by the South Carolina Secretary of State’s Office; to authorize registry fees; to establish fines and criminal penaltiesfor violation of the chapter; and for other purposes.”

In essence, anyone who wanted to report on current news in South Carolina would be required to have a license and approval by the state or face hefty fines and jail time. Callum Borchers of the Washington Post aptly described this bill as a “naked attack on the First Amendment.” More than that, however, it’s completely impractical in this day and age of citizen journalism. Considering the overwhelming number of people who now publish blogs and write posts on social media sites about politics and current events, how would a state registry even define the term “journalist”?

It should be noted that journalism is the only profession specifically referred to in the United States Constitution: “Congress shall make no law…abridging the freedom of speech or of the press” (emphasis added). The nation’s founders understood how vitally important an informed citizenry is for a functioning, healthy democracy. The Free Press Clause specifically guarantees the rights of people to express their opinions and ideas freely, to publish and disseminate information – and to do so without government interference or constraint. This fundamental right has been attacked in the courts numerous times over the decades, and some exceptions have been made through the years for matters such as defamation and the publication of sensitive military information in time of war. Nonetheless, the right of individuals to spread information and opinions without government interference has continued to be upheld. Furthermore, it should be noted that the First Amendment does not differentiate between professional media outlets and non-professional (i.e., citizen) journalism. This was affirmed in Bank of Boston v. Belotti nearly forty years ago; the Court rejected the idea that “communication by corporate members of the institutional press is entitled to greater constitutional protection than the same communication by non-institutional-press businesses.”

Unlike professions for which licensing is required such as medicine, law, and public school teaching, the field of journalism is self-regulating. Journalists are judged not so much by their credentials as they are by their reputation and the quality of their work. Good journalists who present accurate and insightful information are the ones to whom the public pays attention. Hack journalists (such as those in the right-wing corporate media) soon lose credibility.

This brings up another irony of Pitts’ proposed bill: the idea that journalists should be regulated. Aren’t conservative lawmakers generally against regulation of any kind? It begs the question of Pitts’ real agenda in introducing this bill. Could that newspaper investigation have had anything to do with it?