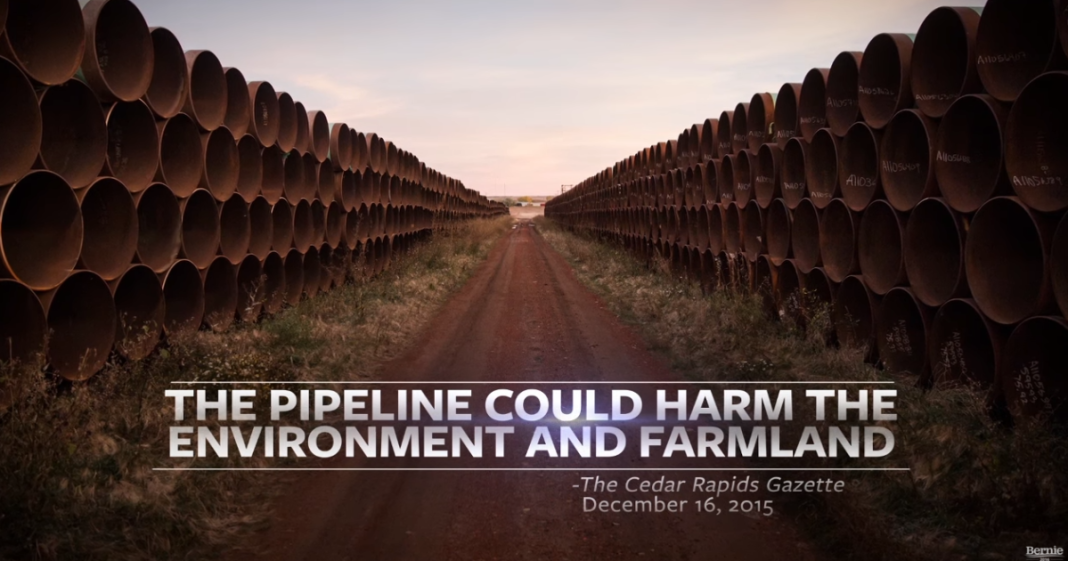 Senator Bernie Sanders has released another campaign advertisement, this time featuring salt-of-the-earth Iowans Patti and George who oppose a pipeline which would threaten their livelihood. The couple contend that Senator Sanders is against the pipeline

This advertisement is clearly the answer to those on the GOP side who insist that pipelines and other oil-dependent projects are beneficial to the middle class, providing jobs and lower oil prices. Instead, the couple in this ad argue that Bernie’s opposition to the pipeline protects their current livelihood and the health of their children, while also supporting that whole “climate” issue that more conservative Americans are hesitant to embrace.

“Bernie knows that if we don’t act, we threaten the climate and the health of our children. Bernie sanders has the guts to stand up for what he believes in”