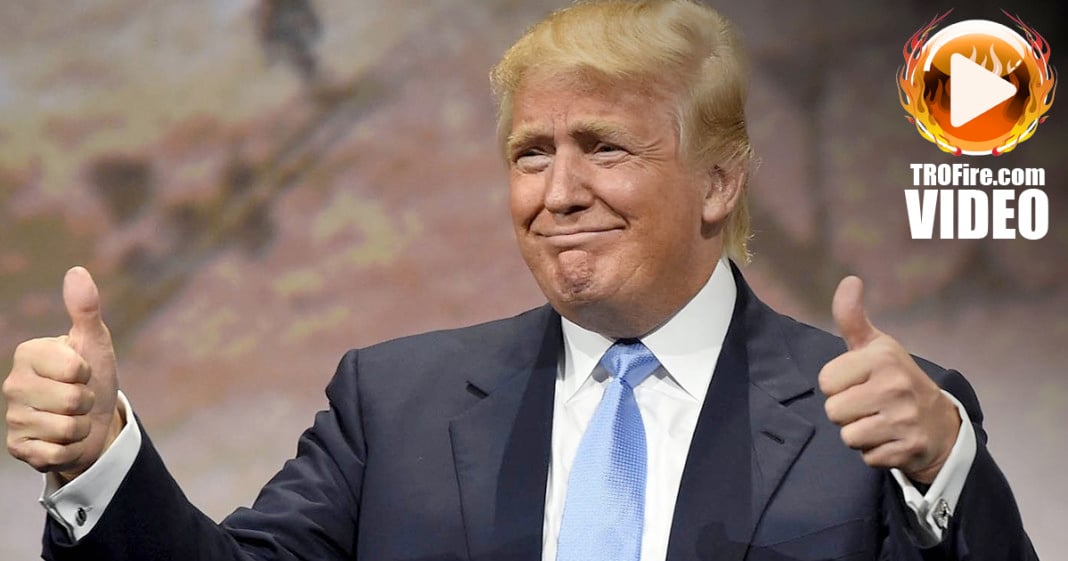 For years Republican politicians have been attacking liberals for being so-called intellectual elites – that’s a claim that came up constantly during John Kerry’s bid for the presidency as well as President Obama’s first run.  The anti-intellectualism has stretched into Congress itself, with Republican representatives incessantly attacking the science behind climate change and by cutting the funding for any government agency that deals with science.

But the anti-intellectualism goes far beyond just attacking those with high IQs, and Republicans are now pandering to the lowest common denominator with their speeches.  According to an analysis, Donald Trump speaks to his supporters during both his speeches and his debates at a fourth grade level.  This should come as absolutely no surprise to anyone who’s ever heard the man speak, but it does tell us all we need to know about the real Republican base.

The people who support Donald Trump are low-information voters who read and write at an elementary school level.  And that’s not their fault, and that doesn’t make them bad people by any means – it’s more of an indictment of the American education system that has been destroyed by Republican austerity measures.

See, this attack on intellectuals goes far beyond political debates – it has found its way into Congress and their actions are a reflection of this.  They attack public education on a near daily basis, and as a result, they’ve made school at all levels seem like an evil government concoction.  They tell us that if we go to college, we’ll be indoctrinated by liberal college professors who are hellbent on destroying America.  They tell us that elementary schools are breeding grounds of tolerance, and for right wing redneck Republicans, tolerance is evil.  They’ve slashed budgets at both the federal and state levels, reducing teaching staff numbers and forcing out too many worthwhile professionals who have left to find new careers so they can support their families.

Just like in other situations we’ve discussed in the past, Donald Trump is not the cause of all of this, he is a symptom of the broader Republican disease that threatens America.  If we continue to allow Republicans in Congress and in state houses to destroy our education system, we’ll soon be seeing politicians speaking at a kindergarten level because that’s all the public will be able to understand.  There’s nothing wrong with being smart, and we should be seeking out leaders that are smarter than we are.  We’ve suffered through at least two below average intelligence Republican presidents since the 1980’s, and we don’t need to continue down that same path…