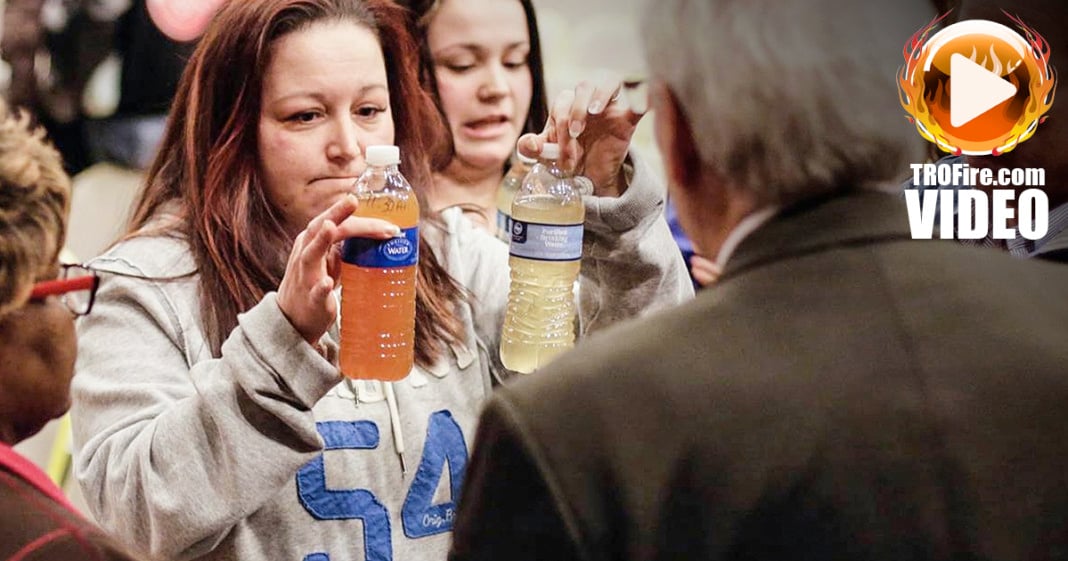 It isn’t often that a state of emergency is declared over a disaster that is 100% man-made and intentional, but that’s exactly what has happened in the city of Flint, Michigan. As residents in the city struggle to find drinkable water, the National Guard has been deployed to help distribute bottled water to residents.

The crisis actually began about 18 months ago when Republican governor Rick Snyder made the decision to balance the city’s budget at the expense of the health and safety of residents of Flint. The governor and his appointed “budget experts” decided to save the city some money by switching their water supply from the city of Detroit’s supply to the Flint River, and according to Occupy Democrats, this river was known to be both highly polluted and carried an unusually high salt content. The high salinity of this water caused the city’s pipes to begin eroding, which then leached lead into the city’s water.

Again, the governor and state officials were aware of the lead problem the entire time it was happening, according to internal emails between the governor and officials. In spite of that knowledge, they waited 18 months before declaring a state of emergency and the public would have remained in the dark had it not been for medical professionals coming forward to explain what was happening to Flint residents and their children. The entire problem could have been avoided at a cost to the city of less than $100 per day.

In the midst of this crisis, and just days before the state of emergency was declared, Republican House Speaker Paul Ryan wrote an op-ed attacking the EPA’s Clean Water Rule. In the op-ed, Ryan declares that the stricter rules (finalized by the EPA this past summer which gives the agency authority to regulate smaller bodies of water to limit pollution) are a prime example of government overreach and that the only goal of the agency is to micromanage how citizens use water.

Ryan points out in his fact-free article that 32 governors have filed lawsuits against the EPA and the Obama administration in order to block the rule from ever taking effect, and a Circuit Court temporarily blocked implementation of the rule back in October.

While Speaker Ryan claims that he objects to the rule because it does damage to small farmers and ranchers, his real goal is to protect the corporate powerhouses who lobbied against the new rules. Those wealthy interests include the U.S. Chamber of Commerce, the National Association of Manufacturers, mining company owners, and several businesses owned by the Koch brothers.

These groups have little to no interest in farming activities, but they are all either major polluters through their dirty energy businesses, or they represent the interests of polluters from both the energy and industrial manufacturing sectors. And according to a guy like Paul Ryan, the desire of companies to pollute entire towns is more important than the health and safety of American citizens.

Those health concerns are not hypothetical, either. Thanks to medical professionals in the city of Flint, we know exactly what kind of adverse health effects we’re looking at a result of Republican-sponsored pollution:  Impaired cognitive development, behavioral problems, and nervous system damage. These are not short-term effects either, these problems will plague the residents of Flint – especially young children exposed to high amounts of lead – for the rest of their lives. Lead exposure and consumption at such a young age is also linked to increased crime among the exposed and anti-social behavior.

The city of Flint, Michigan will no longer be considered a tragedy if corporations continue to influence the behavior of our elected officials – it will become the new normal…