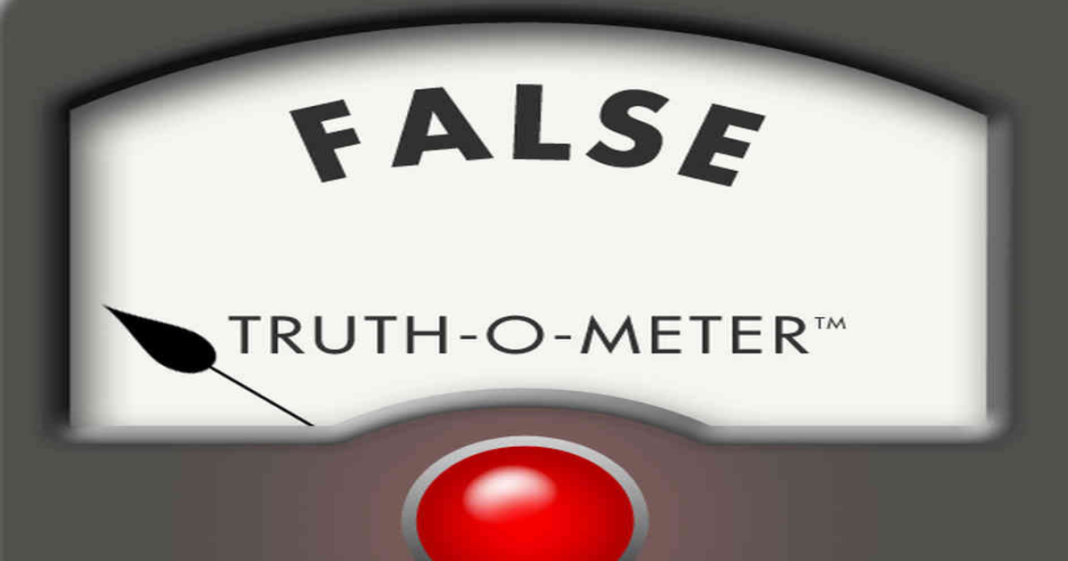 Politifact, in an attempt to keep politicians and the establishment honest, examines claims made by prominent individuals to ascertain whether their statements are true or false. In one of their latest evaluations, comments made by DNC chair Debbie Wasserman Schultz were evaluated and found to be irrefutably false.

Debbie Wasserman Schultz has been forced to answer for the widely decried Democratic debate schedule, with many arguing that she reduced the number of debates in order to reduce the number of Americans who saw Senator Bernie Sanders in action. People allege that she is doing this because she is a Clinton supporter, hoping that people will vote for Clinton by name recognition alone. Schultz has denied this in many ways, saying that they chose the schedule in order to “maximize the opportunity for voters to see our candidates.”

This is the claim that Politifact has investigated and found to be false. Of course, they could not rule on whether or not this was truly the intention of the schedule, but instead whether or  not the schedule did as Schultz claimed.

Politifact compared this election cycle to the last election that involved Clinton in 2008.

“Back in 2008, when Barack Obama won the nomination, the Democrats held about 25 primary debates while the Republicans held 21.”

A DNC spokesman did defend the schedule, saying that the GOP has many more candidates which would necessitate additional debates to narrow the field. The Democratic debates are also doing much better in viewership than they did in 2008.

Several professors of political science and communication did not believe the claims of Schultz, saying that Democratic debates have been fewer, at worse times, and much later in the cycle than Republican debates, making the average American much more familiar with the GOP race than the Democratic one.

The most major element that proves that Schultz is not working to “maximize” exposure is the day they are placed on. The majority of the Republican debates have been scheduled on weekdays where they have very little to compete with; by contrast, the Democratic debates have almost always been held on a weekend, forced to compete with Christmas shopping, the opening of “Star Wars,” and football playoffs.

PolitiFact concluded that DWS failed in her claim.

“If the Democrats had wanted to “maximize” opportunities for viewers, the party could have added more debates, scheduled them on weekdays and avoided holidays.

We rate this claim False.”