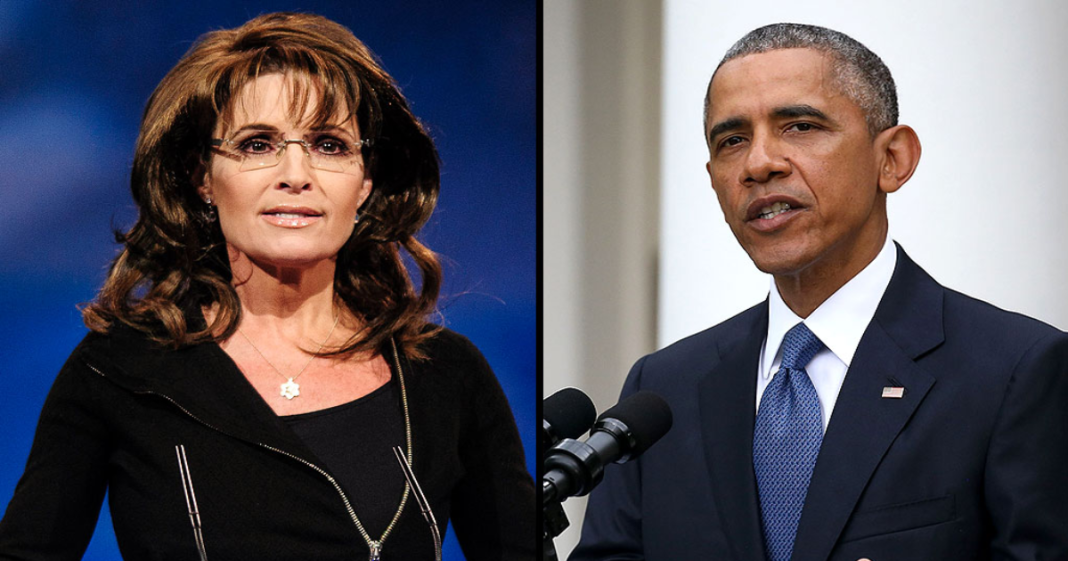 During an appearance by Sarah Palin at a Trump rally in Tulsa, Oklahoma, the politician addressed her son Track’s recent domestic violence charges, and attempted to connect his arrest to President Obama and his alleged neglect of veterans.

Track, who served in Iraq, was arrested this week in Wasilla, Alaska on charges of domestic abuse following an altercation with his girlfriend. She reportedly told police that Track physically assaulted her and threatened to kill himself with an AR-15 rifle.

Following reports regarding her son’s arrest, Palin brought up what she deemed “the elephant in the room,” telling the crowd that soldiers like her son “come back different. They come back hardened.”

“They come back wondering if there is that respect for what their fellow soldiers and airmen and every other member of the military have given so sacrificially to this country, and that starts at the top,” Palin claimed.

“It’s a shame that our military personnel even have to question, have to wonder if they’re respected anymore,” she said. “It starts from the top. The question, though, it comes from the top, the question, though, that comes from our own president where they have to look at him and wonder, ‘Do you know what we go through? Do you know what we’re trying to do to secure America and to secure the freedoms that have been bequeathed us?’”

In an attempt to simultaneously disparage Obama’s attitude toward veterans and herald Trump, possibly the most hawkish and insensitive GOP candidate, as the best choice for soldiers and vets, Palin concluded the epic spin by saying,

“It is now or never for the sake of America’s finest that we’ll have that commander in chief who will respect them and honor them.”

Palin and her party’s attempts to demonize and scapegoat President Obama for anyone and everyone’s mistakes have never been more transparent.