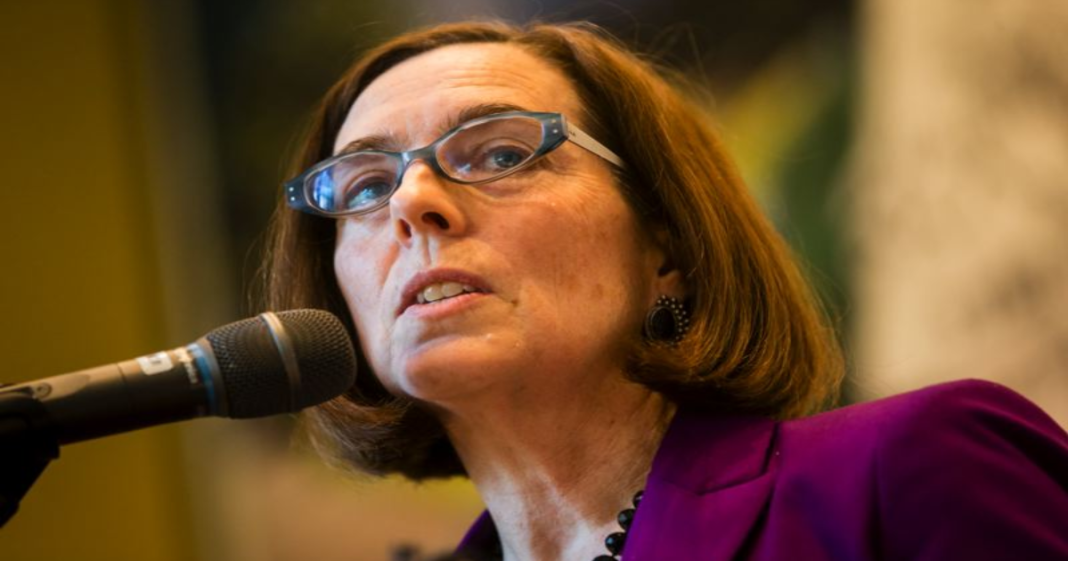 The governor of Oregon is spitting mad about the rebels occupying a federal building, and she is tired of being told to shut up about it.

Democratic Governor Kate Brown held a news conference on Wednesday where she said that,

“The residents of Harney County have been overlooked and underserved by federal officials’ response thus far.”

Brown also alleged that federal officials had urged her not to speak about the situation previously, as they said her comments could escalate the situation.

“This spectacle of lawlessness must end, and until Harney County is free of it, I will not stop insisting that federal officials enforce the law.”

Brown reported that more than $100,000 a week was being spent by the state to deal with the situation, not to mention the incredible disruption it has caused Harney County citizens.

While Brown is decrying federal actions, her status as Governor must certainly afford her certain capabilities in the situation; couldn’t she be the one to order the power shutoff to the wildlife preserve that so many have been promising and so many more have been clamoring for? We agree, Governor Brown, the federal government should have done so much more; but you play a part in all of this too, and your silence up until this point implicates you as well.