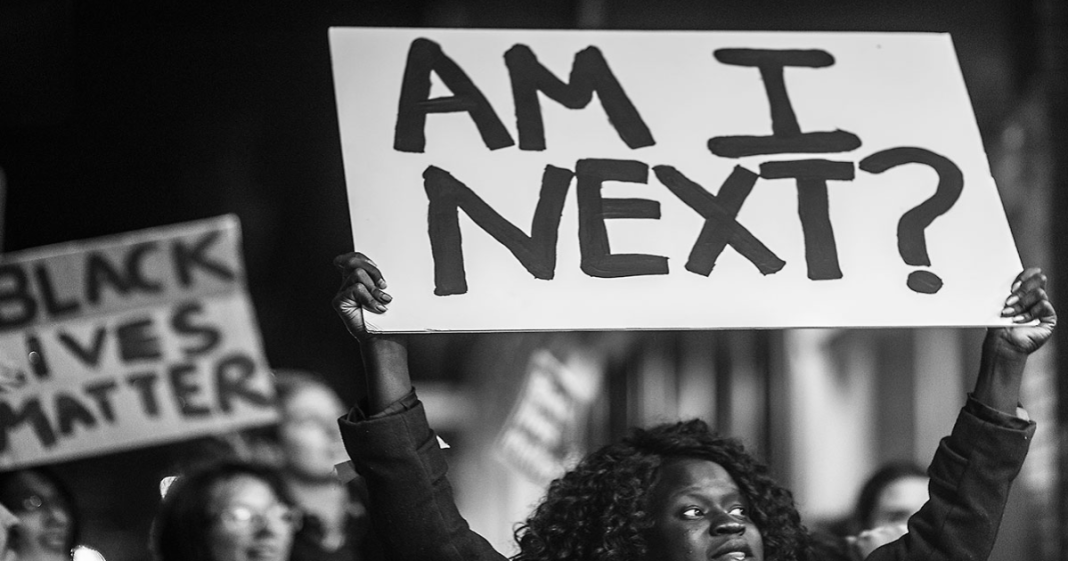 In a disgraceful display, a Minnesota police officer proved exactly why the Black Lives Matter movement matters when he allegedly urged drivers to run down BLM protesters who were marching on Martin Luther King Jr. Day.

While the St. Paul Police Department will not confirm that the Facebook comment detailing how to get away with mowing down non-violent protesters and added by user “J.M. Roth” was uploaded by a member of the SPPD, Sgt. Jeffrey M. Rothecker was identified by community activist Andrew Henderson, and the officer has since been put on leave.

“I was just flabbergasted,” said Henderson. “A law enforcement officer is supposed to serve and protect the people, not incite violence against them.”

The comment has since been taken down but according to KMSP read,

“Here is the deal, you continue to drive and if you hit someone make sure you call 911 to report the accident and meet the cops a block or two away and you can justify stopping further away because you feared for your safety since the past people in this group has shown a propensity towards violence. Since they are trying to block the street and/or cross where there is no crossing you should not be charged with anything. Now, these idiots could try and sue you in civil court, but remember that it will be jury trial and so most likely it will come out in your favor.”

The comment was not only disturbing, but highlighted the exact issues protesters are addressing through their movement. After reading this cop’s comment, the BLM message has never rung so true.