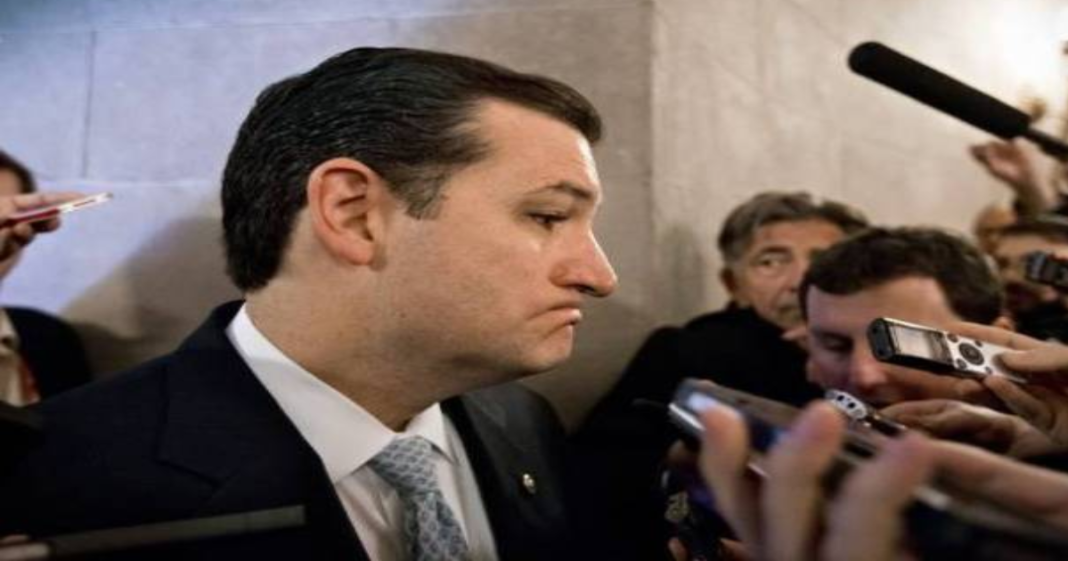 Donald Trump may be a thorn in the side of Establishment Republicans, but their real enemy is Ted Cruz. This was recently affirmed by Iowa’s GOP governor, Terry Branstad, who has basically told the Republican voters of his state that they can support any candidate they choose – as long as its not Ted.

Cruz’ poll numbers started going up among Iowans in October. He decided at that time that his rising popularity with voters in the all-important primary state meant that Conservative voters were starting to gather around him. Taking a cue from rival candidate Trump and seeing Bernie Sanders’ spectacular rise among Democrats, Cruz started portraying himself as a political “outsider.”

That image started to crack when Governor Branstad came out against him.  Part of it has to do with Cruz’ opposition to the Renewable Fuels Standard; ethanol production represents a major industry in the Hawkeye State (and Branstad’s son Eric just happens to be leading an organization promoting biofuels).  Since Donald Trump brought up the question of Canadian-born Cruz’ eligibility to hold executive office under the Constitution, Branstad has made his position on Cruz’ candidacy clear to Iowa GOP voters: “It would be a big mistake to support him.”

Governor Branstad is not the only influential Republican to come out against Ted Cruz. Senator John McCain, a long-time critic of Cruz, has also brought up the issue of his Canadian birth. The real blow came this week however, when former Alaska governor and all-around political hack Sarah Palin endorsed Cruz’ rival, Donald Trump.

Chances are, neither Branstad, McCain, nor Palin are going to change any minds among Cruz’ core right-wing supporters. It may negatively affect his efforts to win over more moderate Republicans, however.

There is one aspect to this situation that seems quite bizarre, on the face of it. That is the new, cozy relationship that has developed between Mr. Anti-Establishment candidate Trump and (are you ready for this?) the GOP Establishment.  It wasn’t all that long ago that Republican leadership was in all-out panic mode over the specter of Trump as their party’s nominee. Today, Trump and the GOP establishment are finding a new infatuation for each other. But that’s just on the surface. It’s a case of “the enemy of my enemy is my friend.”  Trump has not been shy about criticizing Cruz, pointing out his unpopularity on Capitol Hill and how this opposition would make him an ineffective president. At the same time, members of the GOP Establishment are counting on Trump to take Cruz down in Iowa, because they believe they can take Trump down in other states with one of their more “acceptable” candidates, such as Jeb Bush or Marco Rubio – or even Chris Christie.

Of course, given their dismal poll numbers, it doesn’t seem likely that any of those Three Stooges will prove to be any more appealing than the pathetic pair Establishment Republicans are trying to eject from the GOP Clown Car.