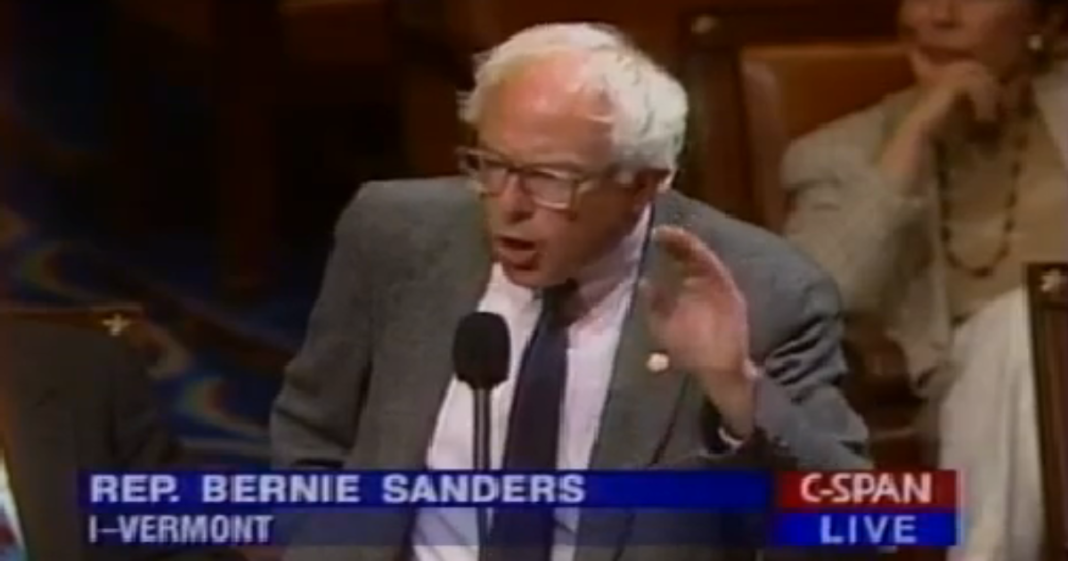 Sixteen years before “Don’t Ask, Don’t Tell” was repealed, Senator Bernie Sanders stood on the floor of the House of Representatives to defend homosexual members of the military against a California republican who referred to them as “homos.”

In 1996, public opinion towards homosexuals was far different than it was now, and Sanders’ open support of homosexuals in the military was a truly progressive act. Sanders was also one of 67 members of the House, a small minority, to vote against DOMA which banned same-sex marriage in the same year.

People may point at other political candidates turn-around on issues like homosexuality and gay marriage and say, “can’t they change their mind?” but those who support Bernie Sanders have a candidate who never had to; he was on the right side of history from the very beginning.