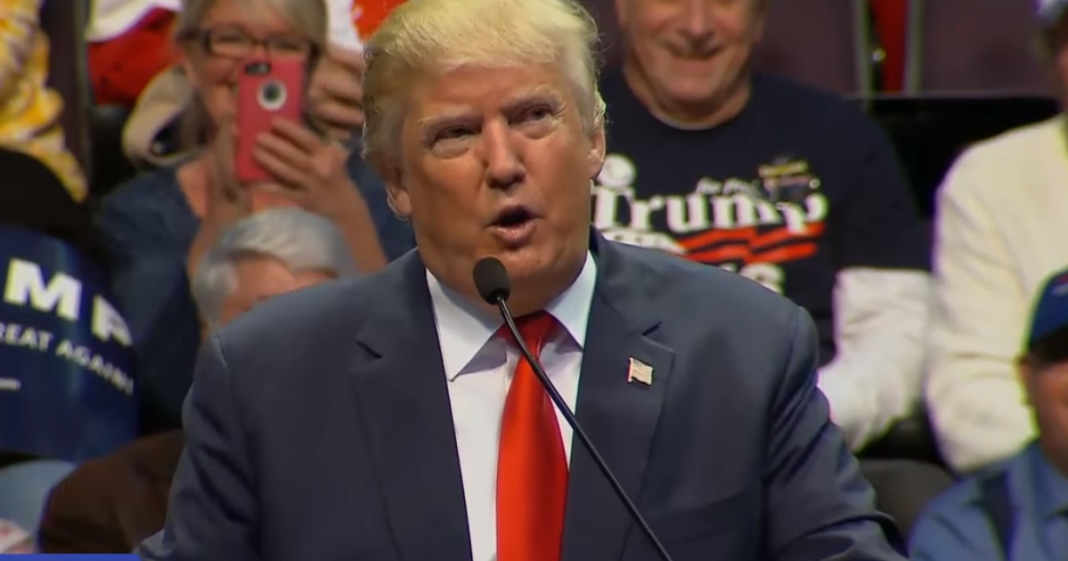 In response to Bernie Sanders’ quip during the democratic debate that he couldn’t conceive electing a leader who thought climate change was “a hoax invented by the Chinese,” referencing a 2012 tweet by the business mogul in which he boldly claimed “The concept of global warming was created by and for the Chinese in order to make US manufacturing non-competitive,” Trump told Fox in Friends that the attack was baseless because the statement was a joke.

“I think that climate change is just a very, very expensive form of tax. A lot of people are making a lot of money. I know much about climate change. I’ve received many environmental awards. And I often joke that this is done for the benefit of China — obviously I joke — but this done for the benefit of China,” he bumbled, “Because China does not do anything to help climate change. They burn everything you can burn. They couldn’t care less. Their standards are nothing. But in the meantime, they can undercut us on price. So it’s very hard on our business.”

His “joke” about the Chinese climate change conspiracy theory wasn’t the first of Trump’s supposed comedic stylings he’s shared through Twitter, as the presidential hopeful’s account features years worth of climate change denial.

While we’ll concede it is comedic that Trump came armed to fight mountains of scientific evidence with nothing but a whiny claim that global warning can’t be real if he’s chilly in April, the candidates ignorance is far from amusing.

Here are some more examples of Trump’s classic comedy shared via Twitter. Perhaps the stupidity would be side-splitting instead of sobering if his “jokes” didn’t have a shot at getting near the White House.

Give me clean, beautiful and healthy air – not the same old climate change (global warming) bullshit! I am tired of hearing this nonsense.

What the hell is going on with GLOBAL WARMING. The planet is freezing, the ice is building and the G.W. scientists are stuck-a total con job

We can’t destroy the competitiveness of our factories in order to prepare for nonexistent global warming. China is thrilled with us!

Let’s continue to destroy the competitiveness of our factories & manufacturing so we can fight mythical global warming. China is so happy!

It snowed over 4 inches this past weekend in New York City. It is still October. So much for Global Warming.