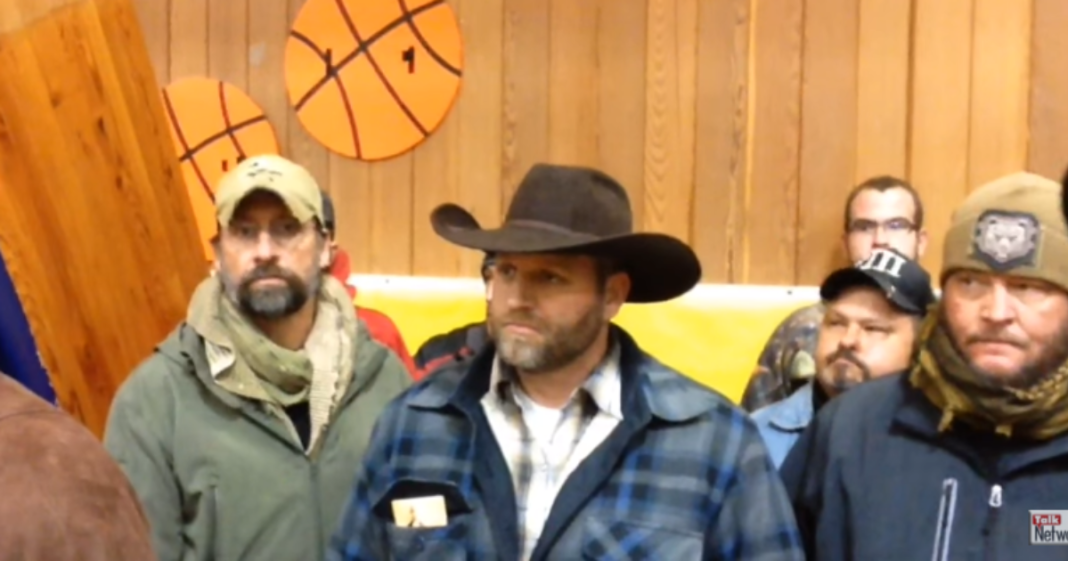 The homegrown terrorists currently occupying the Malheur Wildlife Center for the third week attended a community meeting where they were confronted by residents and told to “go home.”

The meeting, being held in a local high school gymnasium, was underway when the Ammond brothers and their motley crew entered the building, promising to be quiet.

Resident Isabelle Fleuraud talked about the mandatory minimum laws that resulted in the Hammond father and son being sentenced to additional years in prison for their acts of arson on federal land, which is the act that sparked this ridiculous demonstration.

“It has been around for 20 years and it was the Republicans who put them in place. For 20 years mostly inner-city, poor, minority men have been unjustly jailed for endless sentences… The Hammonds committed the crime, and they got the sentence that was appropriate for that crime. And it is very sad, but it is sad for everybody in America who has an unfair sentence. Not just the Hammonds.”

Fleuraud told the militiamen that they belonged in jail, not holed up in a federal wildlife refuge.

Other residents told the Militia about the terrible impact their presence has had on the community, asking them to leave so that they may get back to their lives.

One was sympathetic to the militia’s cause, but told them to “get the hell out of [his] yard,” and “look at what [they] did to this county.”

Another resident referred to the refuge as an “active crime scene,” and called for the disconnection of electricity and other services to the building.

There were also several speakers who supported the militia, but the residents who are tired of these outsiders invading their homes got their chance to confront the wolves in their midst.