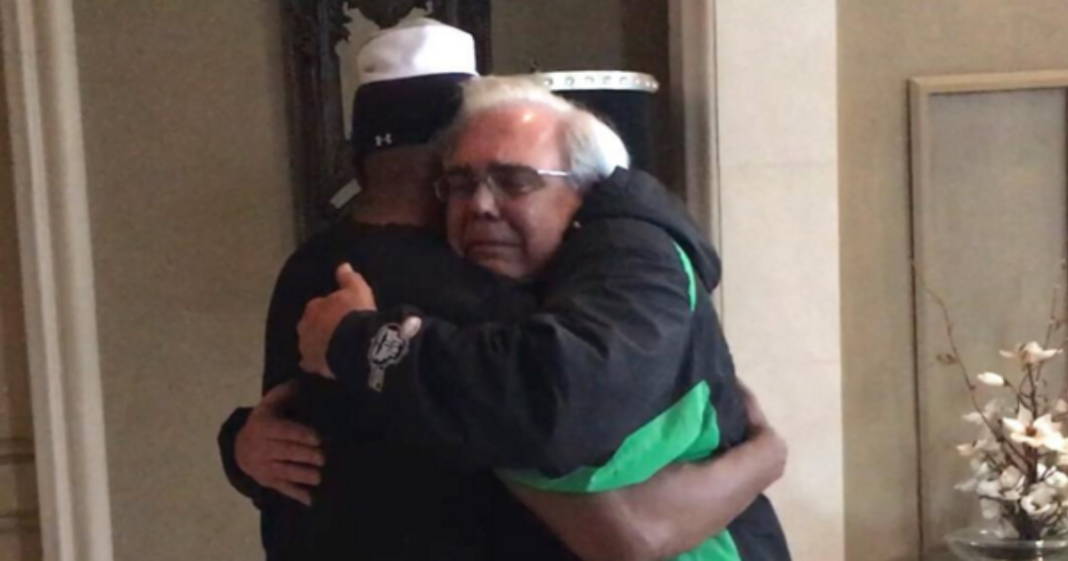 Actor Jamie Foxx says he is not a hero for saving the life of a man late Monday night, but if Foxx had not come along, Brett Kyle would be dead today instead of in the hospital with a broken collarbone and punctured lung.

Foxx was in his home in hidden Valley, California when he heard the crash nearby. He rushed out and with the help of an unnamed man, cut Kyle out of his seat belt. Moments later, the car burst into flames.

Kyle’s father, Brad, met up with Foxx to personally thank him for what he had done.

“I think we all hope that we can do something when the time is there. But the question is do we act or do we fear our own lives, and he did not. [Foxx] was here when he needed to be here. He was here for my son. And as far as I am concerned, he saved his life.”