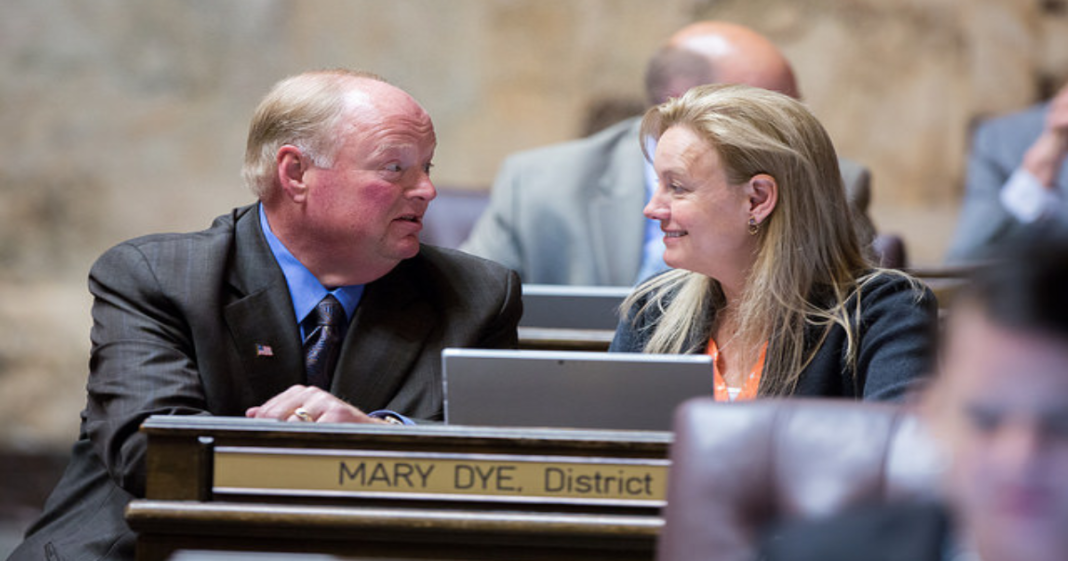 Conservatives proved yet again that their agenda-pushing know no bounds when a Republican lawmaker questioned a group of visiting students about the status of their virginity.

Mary Dye, a State Representative of the 9th District, was visited at her office in Olympia by a group of East Washington teens accompanied by representatives from Planned Parenthood as part of Teen Lobbying Days. The visitors were stunned when their concerns were met with questions that crossed major boundaries.

A representative from Planned Parenthood, Rachel Todd, reported that Dye not only asked the students if they were virgins, but insinuated that one of them was not.

When she didn’t get the response she wanted, Dye launched into an unprompted speech about her views on sexuality and marriage.

“I shared with them that I did not support the issues they were advocating for,” Dye said. “Following a conversation they initiated on birth control for teenagers, I talked about the empowerment of women and making good choices — opinions shaped by my mother and being a mother of three daughters” said Todd.

Refusing to outright admit how inappropriate and reprehensible her behavior was, Dye made a small concession.

“In hindsight, a few of the thoughts I shared, while well-intended, may have come across as more motherly than what they would expect from their state representative.”

Todd contended that Dye was something more than motherly, saying,

“I’ve never been in any type of meeting, especially with teens, where an adult, especially an adult legislator, was so incredibly disrespectful and inappropriate.”

In the future, we urge Dye to restrict “mothering” and the lectures on “female empowerment” to her own children and keep her opinions out of constituent’s bedrooms.