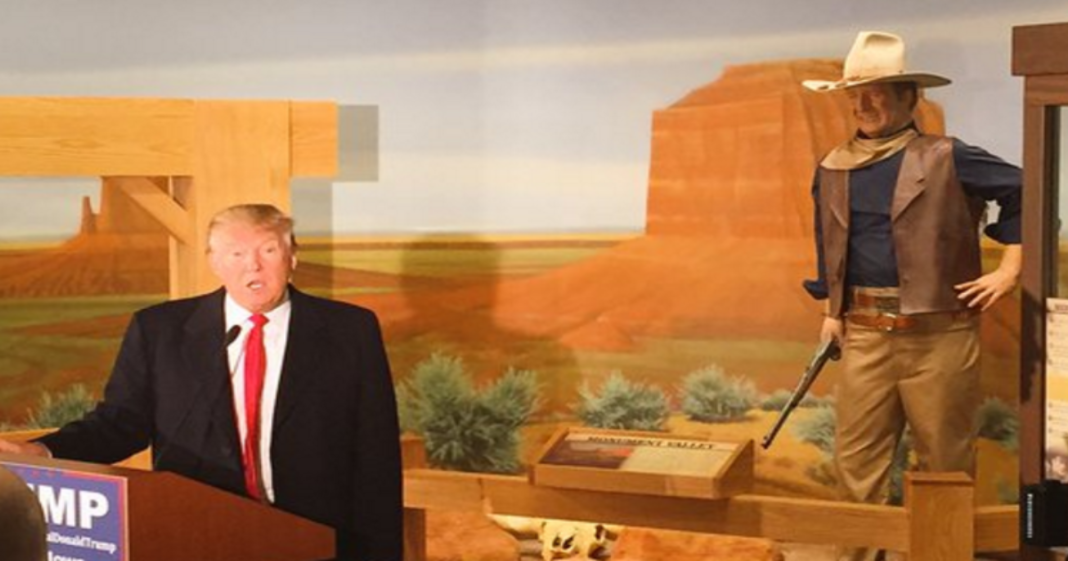 On Tuesday morning, Presidential candidate Donald Trump strapped on his (metaphorical) cowboy boots and headed to the John Wayne museum in Iowa in order to rally for his campaign and receive an endorsement from the daughter of John Wayne, Aissa Wayne.

Trump, who claims he once met the late Wayne, says that he was “such a fan.”

The event was held in Winterset, the birthplace of Wayne. Trump was originally scheduled to speak outside of the museum but the level of snow made the event move indoors, next to a realistic Wayne mannequin which surveyed the event.

Aissa Wayne said that the United States needs a president like Trump who she compared to her late father.

This was to be Trump’s first event in Iowa, one of the battleground states where he is in close competition with Ted Cruz. Trump’s late start in the key state is a sign of his arrogance, but with Cruz hot on his heels, we can expect to see more of this last-minute catching up.