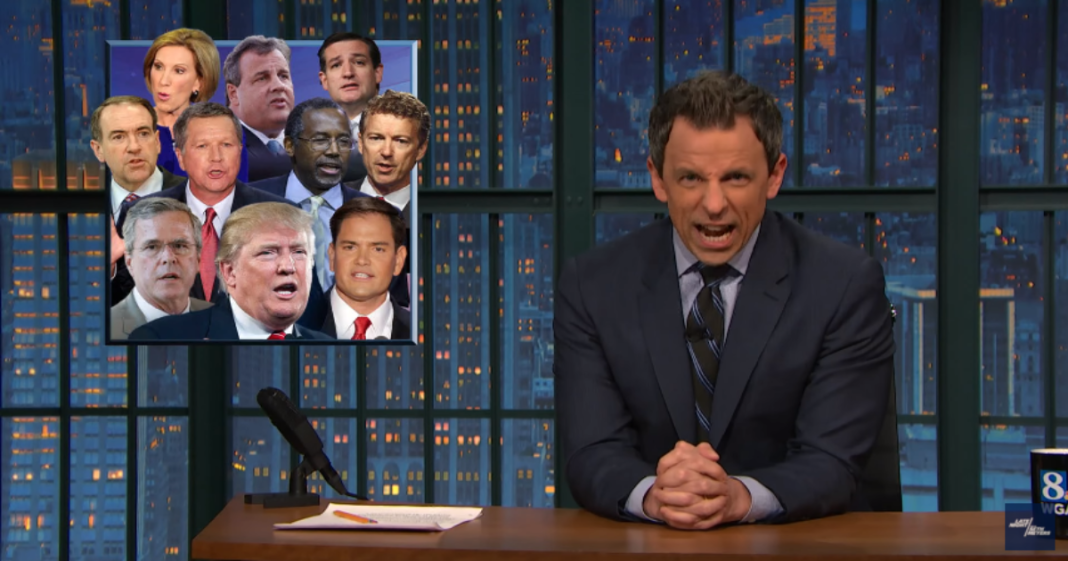 On Late Night with Seth Meyers, Meyers did a bit exploring the GOP’s reaction to Obama’s recent Iran deal which resulted in the release of several American prisoners, noting that the Republicans both hated and took credit for the peaceful deal between Iran and the U.S..

“This should’ve happened years ago,” Said candidate Donald Trump. Others complained that the deal should not have been a prisoner swap, but simply the demanded release of American citizens.

Meyers pointed out the particular contradiction coming from Trump who both decries the deal, and also claims credit for it.

“’It’s a terrible deal we should be ashamed of — and not to brag, it was my idea and you should thank me for it.'”

“Another contradiction from America’s favorite contra-dickhead.”