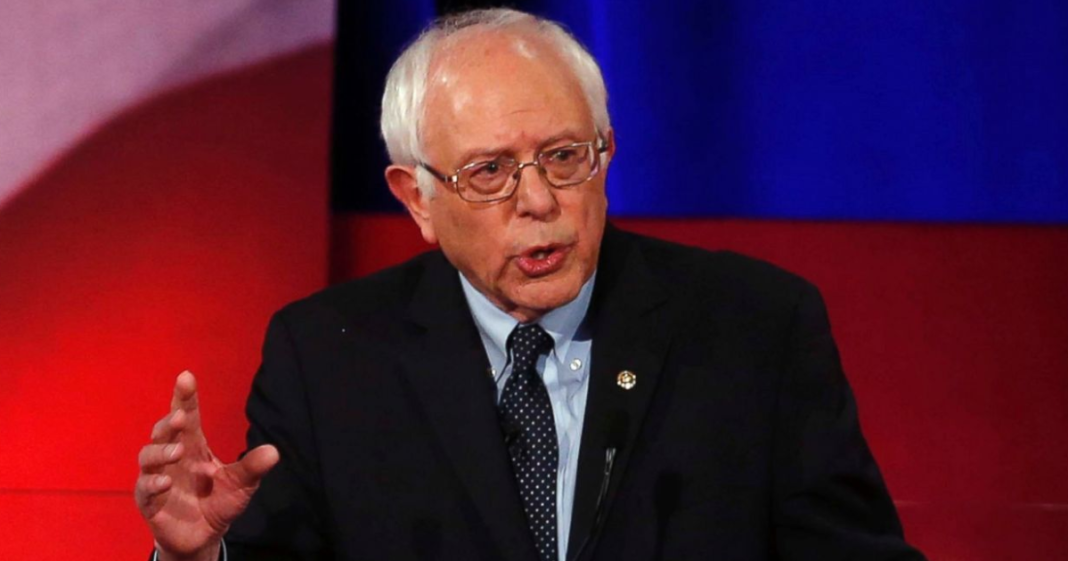 Whether it is Fox News or MSNBC, corporate media only covers a story when they smell blood, which is one of the reasons why Senator Bernie Sanders has previously seen so little coverage in mainstream news. While Trump receives hours of free publicity reporting on every terrible thing he says, the substantive issues Sanders covers just aren’t as sexy.

During Sunday night’s debate, NBC moderator Andrea Mitchell was taken to task by Senator Sanders when she tried to say that Sanders’ comments about Bill Clinton were somehow an attack on Hillary.

Sanders appeared visibly frustrated and pointed out that no matter what he had said in response to a question that was posed to him about Bill’s sexual history, it would have made front page news. It was a rare moment when the candidates seemed united as Hillary silently nodded at Bernie’s statement.

“I can not walk down the street, Secretary Clinton knows this, without being told how much I have to attack Secretary Clinton. Want to get me on the front pages of the paper? I have to make some vicious attack. I have avoided doing that. [I am] trying to run an issue-oriented campaign.”

This is the sort of rhetoric which sets Senator Sanders apart; even with an experienced, establishment candidate like Hillary, against whom it would be easy to launch personal attacks, Bernie takes the high road.