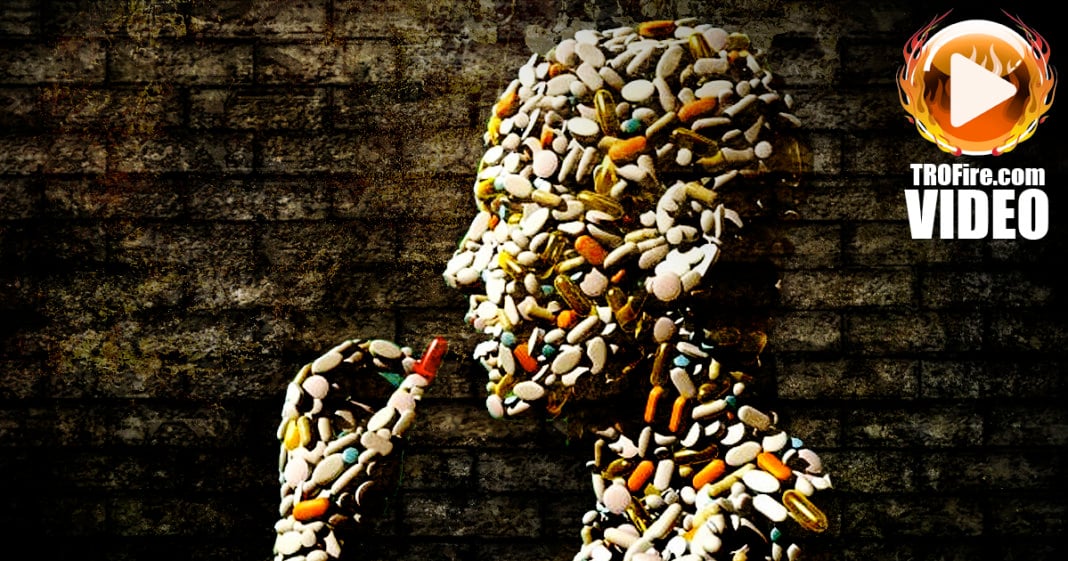 The United States is one of only two countries in the world that allows drug companies to market their products directly to consumers.

For the last 18 years, our TV airwaves have been dominated by commercials telling us that if we feel sad, if we feel sick, if we feel anything at all – then we need to take a magic pill from Big Pharma to make all of our worries melt away. A magic pill, by the way, that has been marked up by as much as twenty thousand percent.

Direct to consumer advertising has been a huge cash cow for the drug industry. Drug companies in the U.S. are now pulling in around $300 billion dollars every year, and this massive haul is all thanks to their marketing. 20 percent of the country now takes at least 5 prescription drugs per month.

For every one dollar that Big Pharma spends on TV advertising, they get a $4 dollar return. Sales have increase by almost 15% since this kind of advertising became legal.

Direct to consumer advertising has turned us into a nation of hypochondriacs, and that’s what Big Pharma wanted. Every time we turn on our TVs we hear a soothing voice telling us that we may have depression, or bipolar disorder, or acid reflux, or Restless Legs, insomnia, or just discomfort – and Big Pharma is right there at the cash register waiting to hand us the cure.

The result is that doctors have now become order-takers, rather than objective thinkers. Patients walk into a doctor’s officer with a list of demands, and some drug companies even provide a list of talking points on their websites for patients to bring into the office to make sure they walk out with that blockbuster drug.

But the golden age for Big Pharma might be coming to an end. The American Medical Association has had enough of Big Pharma’s greed, and they’re now lobbying the government to ban direct to consumer ads because the only group that is benefiting are the drug companies. The AMA understands that direct to consumer advertising is a disaster. It puts unnecessary medications into the hands of people who don’t need it, which is a recipe for disaster.

The AMA wants to give the power of prescription back to doctors – the people who spend 8 years in college and 4 years in residency – the ones who understand how to diagnose a problem, and take that power out of the hands of drug company CEOs who don’t care that their products are dangerous – they only care about making a few more dollars.

Because that’s what medicine is about to Big Pharma – not about helping the sick, but about making as much money as possible by giving drugs to people who don’t need them.