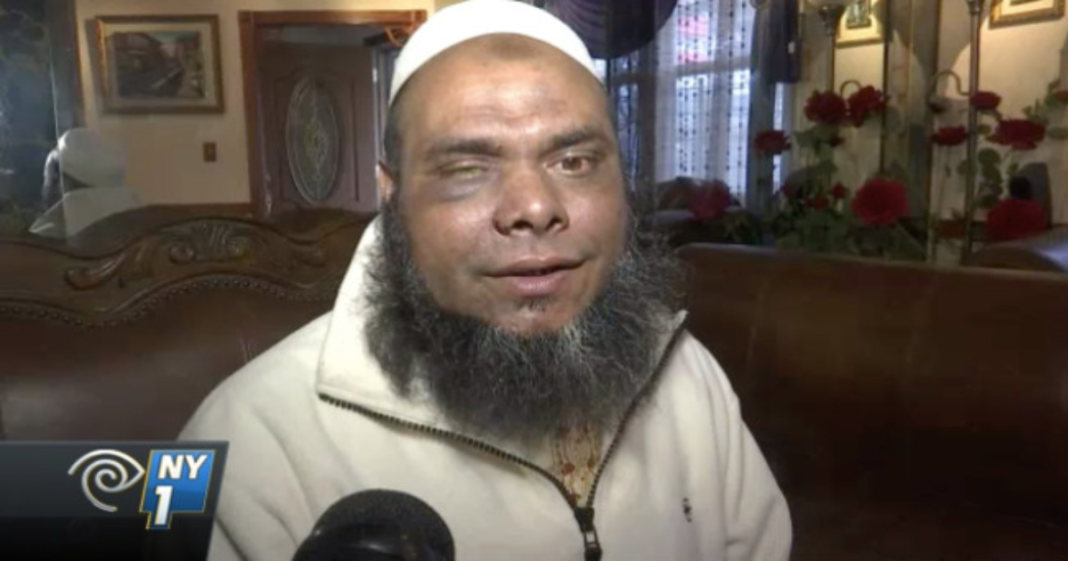 Yet another attack has occurred in the ever-increasing number of anti-Muslim hate crimes which proves that the Islamophobic rhetoric from GOP candidates like Trump poses a real threat to Muslim American’s safety and well-being.

Mujibur Rahman, a Bronx resident originally from Bangladesh, was attacked by two men shouting “ISIS” while walking his nine year old niece home from school. The men came up from behind and punched Rahman in the head multiple times before he fell to the ground, where the assailants continued to kick him. At the time of the attack, Rahman was wearing traditional South Asian clothing.

Rahman suffered injuries and was released from Jacobi Medical Center that night. His niece was unharmed, but he told New York 1 that after witnessing the brutality, the child was afraid to leave her home.

“She could not sleep at night,” Rahman reported. “She said she didn’t want to go back to school anymore.”

The New York Police Department’s Hate Crimes Task Force is investigating the event, but the suspects have yet to be located.

According to a study at California State San Bernardino, since the November terror attacks in Paris and subsequent response by conservative leaders and media outlets, hate crimes against Muslims and mosques have increased three-fold.

While conservative candidates on the campaign trail try to score cheap political points with fear-mongering and praise for intolerance, their attempts to demonize an entire community are adding fuel to the flames of hate and inciting violence across the country.

If this writer had to bet, I’d put money down that Mujibur Rahman’s attackers will be punching their ballots for Trump, and if he’s allowed in office, there will be more stories like these to come.