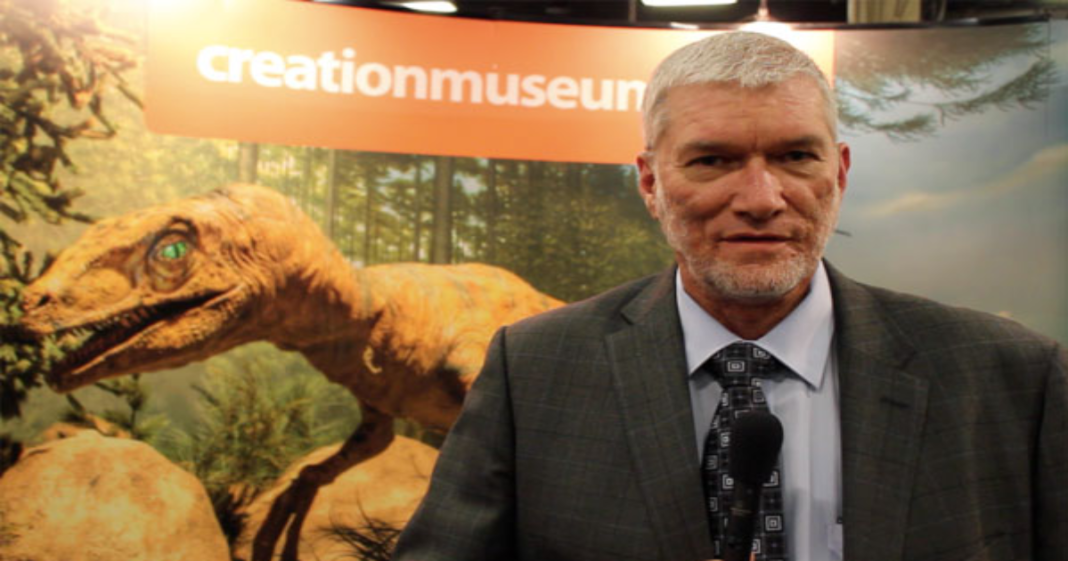 Ken Ham, an Australian-born Christian fundamentalist and leader of the Young Earth Creationist organization Answers in Genesis (AiG), is pushing to build a $101million “Ark Adventure” in Kentucky which, among other things, would feature a fully reconstructed Ark. The kicker? He wants taxpayer money to do it.

Ham and AiG are biblical literalists in terms of creationism, believing the Earth and all life was created by God in six days a short 6,000 years ago. This means of course that man would have coexisted with dinosaurs, earning the beasts a spot on the ark.

Ham and his organization are now looking to fund their rejection of science with taxpayer money, taking advantages of Kentucky’s Tourism Development Incentive Program, which would allow them to collect 25% of the parks cost from tax rebates in the name of promoting tourism.

The initial application, to the horror of all those fond of the separation of church and state, was approved on the terms that AiG would use non-discriminatory hiring practices.

After facing difficulty raising the necessary funds and scaling back plans for the park, AiG was forced to submit a new tax rebate application. This time, however, Ham and AiG were denied.

Despite the small stipulation they promised to uphold, AiG proved their dishonesty by outlining an obviously discriminatory recruitment policy for Ark Adventure employees that required a creationist statement of faith and a “salvation testimony” by all prospective applicants. In light of their deceitfulness, the second application was denied, motivating Ham and AiG to cry religious discrimination and begin preparing a lawsuit against Kentucky to fight for the funds.

Senior litigation counsel for Americans United for Separation of Church and State, Greg Lipper highlights the ridiculousness of their claims saying,

“AiG is confusing what they have the right to do as a private organization with what taxpayers are required to fund.”

“They’re saying Kentucky taxpayers should pay for them to expand a religious ministry. That kind of argument would make Thomas Jefferson turn in his grave.”

In short, Ken Ham has every right to build a million dollar fantasy land, but if he expects tax payers like you or me to pick up the tab for it, he’s just as crazy as his beliefs.