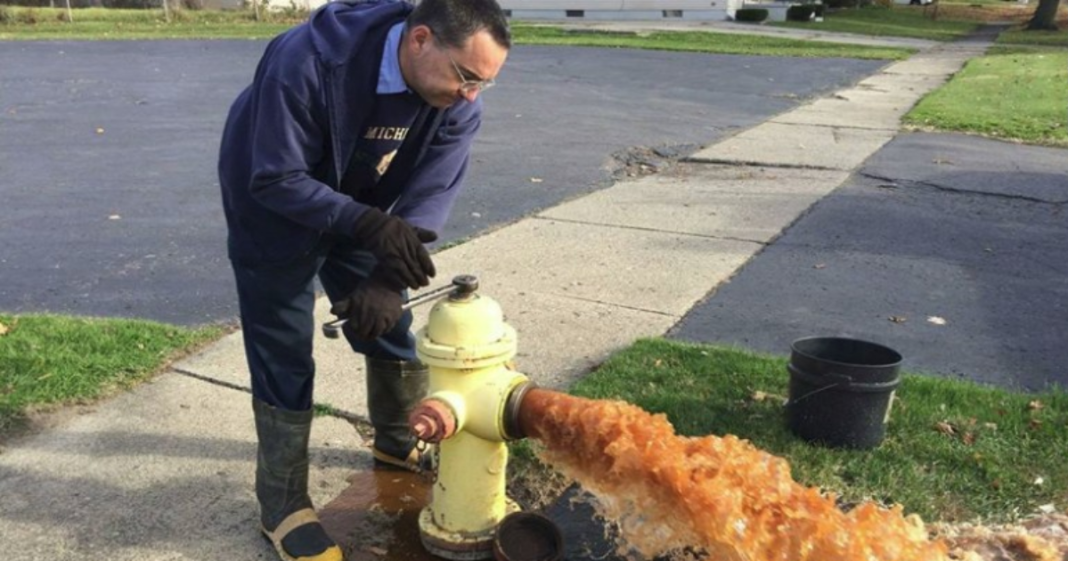 Residents of Flint, Michigan are at the center of a national controversy with toxic levels of lead in their drinking water having already created life-long consequences for children of the low-income town. Many are calling for the resignation, and even arrest, of Michigan governor Rick Snyder (R) who they claim knew about the lead in the water for up to a year and a half before officials told residents to cease drinking and bathing in the lead-tainted supplies.

The President declared the town to be in an official state of emergency over the weekend, and both FEMA and the National Guard are playing a role in providing bottled water and medical testing for residents.

Despite the clear failings in state government in providing for the citizens of Flint, the city began re-issuing water bills to residences after a temporary bill suspension ended at the beginning of 2016. Residents are being told to pay water bills up to $200 for the toxic sludge they cannot consume.

The water, which pours from the pipes a nauseating orange-brown color, has officially been labeled “toxic waste” by the EPA, and yet low-income residents are asked to pay to for the privilege of ingesting deadly chemicals and permanently disabling their children. It is an outrage, and a symptom of corporate overreach.

Flint, Michigan is the festering sore which exposes a nation of corporate interests and money over people. That those who knowingly did this are not currently in prison is the clearest sign that America is not truly concerned about the health and safety of the poor in this nation.