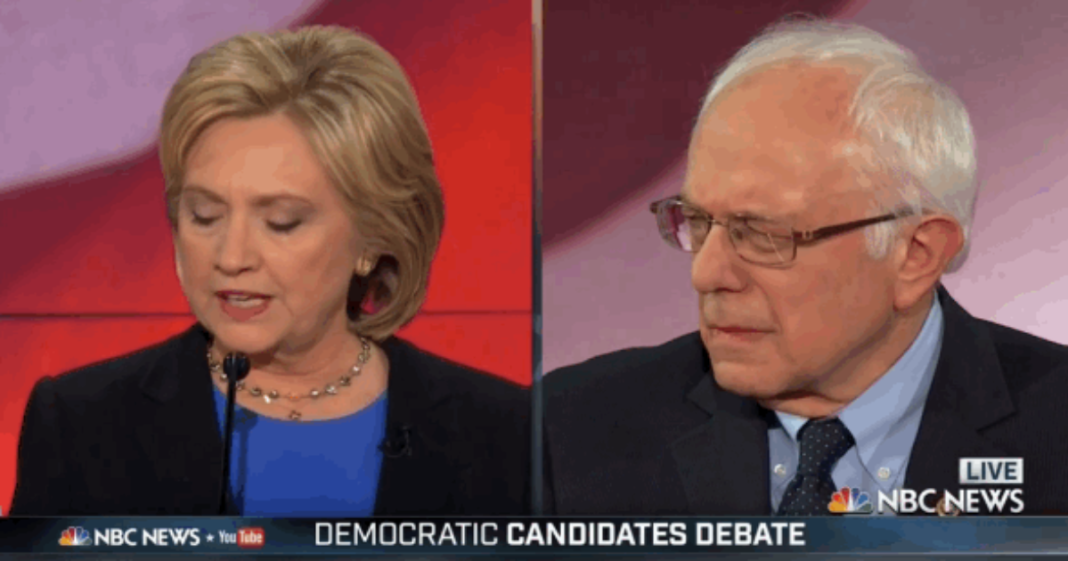 A Vine video of Senator Bernie Sanders giving his signature scowl during Sunday’s Democratic debate has been looped on the video clip site Vine nearly 20 million times, turning into an overnight viral sensation.

Sanders squinted his eyes in disdain at his competitor Secretary Hillary Clinton when she attacked Sanders for his opposition to president Obama during Sunday’s debate.

Sanders, who is not as practiced as his fellow candidates in hiding his emotions, gave the Secretary a burning glance that did not go unnoticed by viewers. Within minutes, the clip had been posted and was already spreading across the internet.

Since Bernie can’t hide his curmudgeonly attitude, he might as well embrace it.