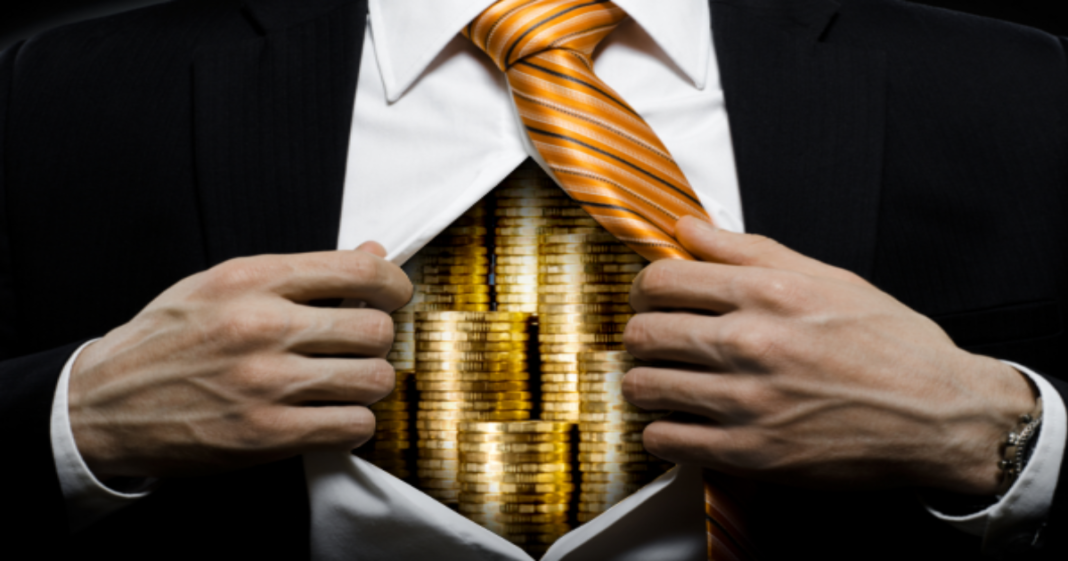 Those who have been listening to what presidential candidate Bernie Sanders and Progressive author and commentator Thom Hartmann have been saying for years will not be surprised to hear once again that the rich are getting much, much richer, while the poor are getting that much poorer.

That’s the finding of a report issued by Oxfam which says that since 2010, the wealth of 62 individuals around the world has increased by 44%, while that of 3.5 billion others fell by nearly the same amount (41%).  As a result of corporate control over governments and the ability of the hyper-rich to buy politicians and legislation, those 62 individuals control as much wealth as half of the rest of the world’s people. 53 of them have more than all of the rest of us combined.

Not surprisingly, nearly half of those 62 individuals (most of whom are men) live in the United States – a country that taxes the wealthy and corporations at some of the lowest rates in the industrialized world.

Therein lies the heart of the matter: According to the report, approximately $7.6 trillion of that wealth is being held in offshore tax havens. According to economics professor Gabriel Zucman, author of The Hidden Wealth of Nations, those tax havens are costing the world’s governments $190 billion a year.

“It is simply unacceptable that the poorest half of the world’s population owns no more than a few dozen super-rich people who could fit onto one bus…we cannot continue to allow hundreds of millions of people to go hungry while resources that could be used to help them are sucked up by those at the top.”

Meanwhile, the hyper-rich oligarchs continue to lounge on their 14-karat yachts and flit about the planet aboard their private jets, nibbling beluga caviar and sipping $10,000-a-bottle champagne. Were these self-styled, self-appointed rulers of the universe forced to play by the same rules as everyone else and pay their fair share of taxes, it would enable the world’s governments to eliminate extreme poverty within the next 15 years. Byanima points out:

“Multinational companies and wealthy elites are playing by different rules to everyone else, refusing to pay the taxes that society needs to function. The fact that 188 of 201 leading companies have a presence in at least one tax haven shows it is time to act.”

Indeed, that time has come. It’s not just about hunger, housing and health. By sucking up all the world’s wealth and sitting on amounts of money that no individual could possibly spend in one lifetime while allowing the rest of the world’s population to sink lower and lower, these 62 oligarchs are threatening democracy itself. Increasing poverty and the resulting outrage has led to the rise of right-wing “populist” demagogues like Donald Trump in the U.S.,  Marine Le Pen in France, Victor Orbán in Hungary, Geert Wilders in the Netherlands and Raimo Vistbacka in Finland. In a recent election, Austria’s neo-fascist Freedom Party captured over 36% of the vote, while corresponding hard right political parties are rising in the U.K. and elsewhere in Europe.

Is this a “knee jerk” response to the influx of refugees and racist xenophobia?  No – that is simply a symptom and an issue that the new generation of fascist leaders are using to advance their totalitarian agenda. The driving force behind the rise of Trump and his fellow right-wing “populists” in the Western world is economic frustration and growing economic insecurity as workers continue to lose ground, suffering from stagnant or falling wages, loss of employment and ever-increasing living costs.

In short, they’re looking for scapegoats – and the far-right demagogues are more than happy to give them someone to blame. It’s the same playbook used by Adolf Hitler and Benito Mussolini in the 1920s and 1930s. Trump, Le Pen and their ilk are simply a product of  growing poverty and economic inequality brought on by decades of neo-liberal globalization and a system that allows multi-national corporations to roam the planet in search of cheap labor and countries in which lawmakers can easily be bought. These “corporate people” and the natural humans who run them have no allegiance to any government but themselves – and their power is now greater than that of democratic governments.

Unfortunately, as we have seen over the past decades, it’s nearly impossible to hold these institutions and individuals accountable.  As U.K. journalist Gary Younge points out,

“Neoliberal globalization is a force without a face and a system without a center. It’s everywhere – until you try to find someone responsible for the mess we’re in, and then it disappears.”

The Oxfam report, “An Economy for the 1%,” recommends that governments take actions that include ensuring workers receive livable wages, standing up to corporate and financial power, changing tax laws to force the elites to pay their fair share of taxes, and a progressive public investment in education and healthcare.

In a democracy, the government consists of the people we see in the mirror every morning. The question is: how much responsibility are we willing to take? How hard are we willing to fight? Will we allow ourselves to be fooled by the likes of Donald Trump the way the German people were taken in by Adolf Hitler over eighty years ago? Or will we demand real change by electing real leaders who recognize the the true causes of growing poverty and inequality and are willing to take meaningful action?

Democracy – indeed, our very survival on Planet Earth – hangs in the balance.