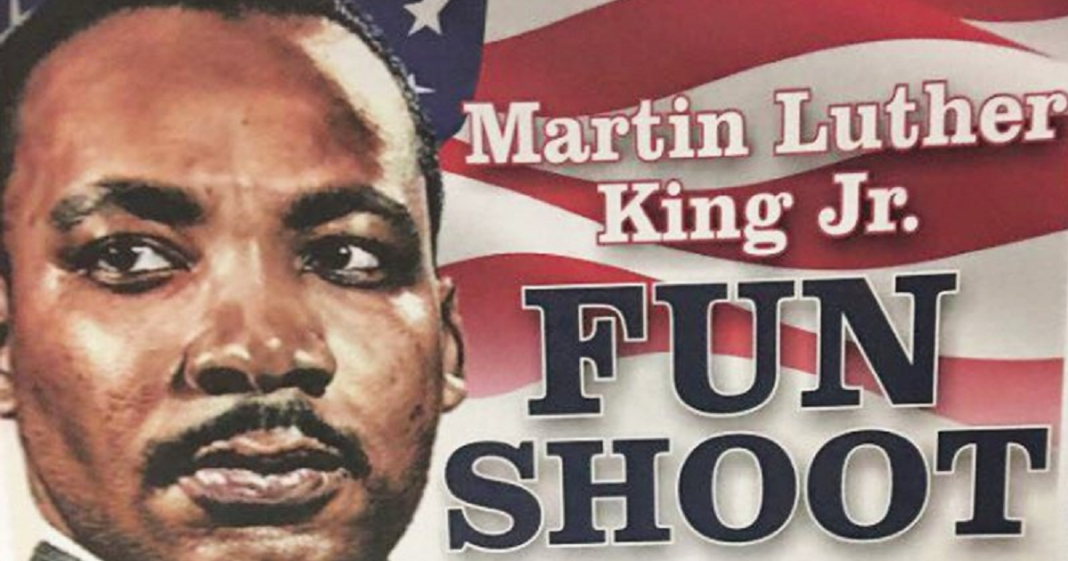 It’s the sort of “error” that is hard to believe it could be in earnest, but an Air Force base in Georgia is claiming it was an innocent error which caused them to advertise their “Fun Shoot” event on Martin Luther King Jr. day, a day of remembrance for the brave civil rights leader to whom we owe so much.

The flyer that the base distributed had a solemn picture of MLK next to the words “Martin Luther King J.R. Fun Shoot.” Those in charge have already begun to remove the flyers and have issued an apology which insists that the flyer was nothing more than an oversight and that those responsible have been spoken with.

“We’re deeply sorry for any offense or harm caused by our insensitivity and failure to provide appropriate oversight of our marketing process. The flyer does not represent the values, opinions or views of the Department of Defense, the Air Force or Robins Air Force Base leadership and its employees.”

“We realized the inappropriateness of the advertisement several days ago and immediately began removing the flyer. There was no malice of forethought in the flyer’s creation and it was never the base’s intention to portray Dr. Martin Luther King Jr., in a negative light. It was an honest mistake, to which we’ve personally counseled the parties involved and will provide them with remedial training and appropriate oversight to prevent this sort of inattention from occurring in the future.”

They do seem rather sorry, so maybe we can give them a pass, but if those who created the flyer held any sort of reverence or respect for the Reverend, they would never have let the design make it past the printer.