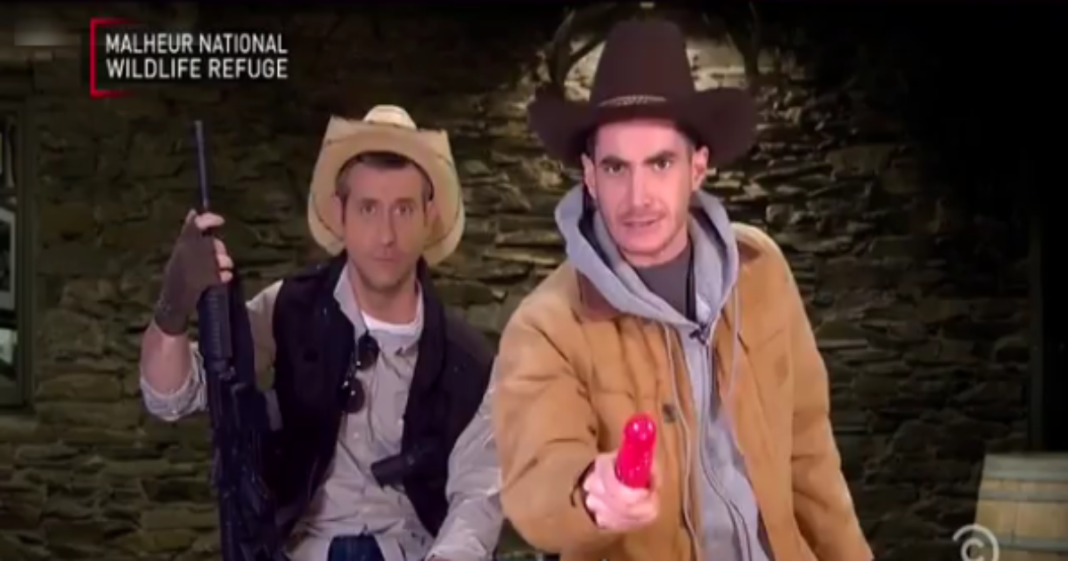 As the militia situation in Oregon continues to devolve from serious terrorist threats to a rough-and-rowdy bed and breakfast, nighttime talk-show hosts find all-too-many ways to make fun of the so-called “patriots.”

After U.S. citizens showing their displeasure with the militia thugs occupying a federal reserve building by mailing in sex toys and penis-shaped candy, host of the “Nightly Show” Larry Wilmore felt he owed the lost cowboys a bit of advice.

Wilmore was even nice enough to bring one of the militia-men onto the show in order to discuss the whole situation.

Now, to be honest, this humor is a bit lowbrow, but it is hard to not enjoy the comeuppance these idiots are receiving at the hands of the public. If the feds won’t take care of this situation, at least the American public can express to them how much they despise their actions in other ways.