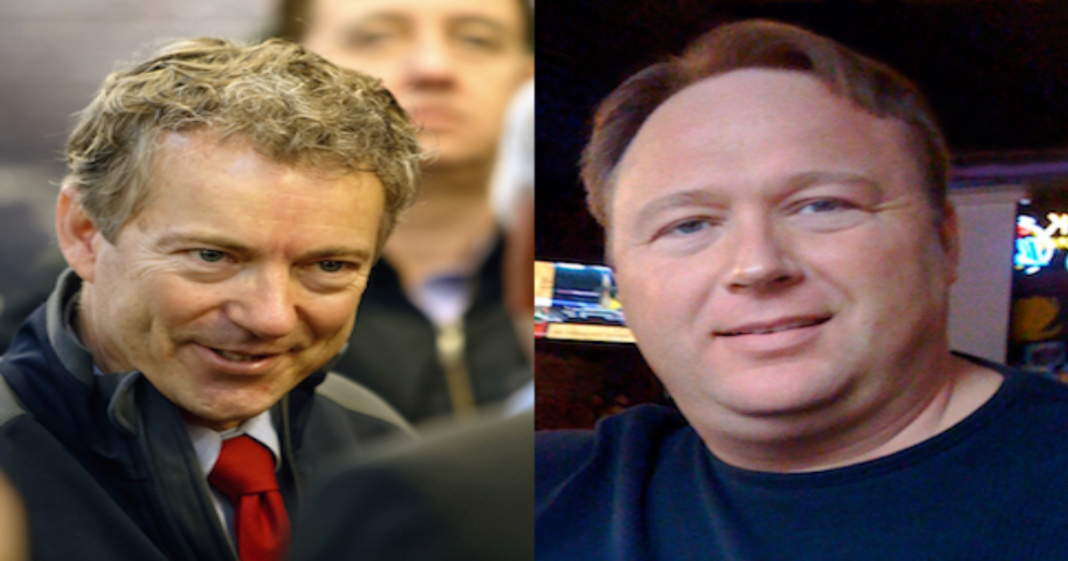 It turns out that in his quest to make it onto the main debate stage, Republican candidate Rand Paul enlisted the help of dangerously insane radio host Alex Jones in order to weasel his way back in the spotlight.

Paul asked his old buddy Jones to have his listeners call Reince Priebus, head of the RNC, to ask that Paul be put back on the main stage. Clearly, the appeal was ineffective and Rand held a Twitter forum instead on the night of the debate.

Jones has been most notable in the past for denying that pretty much any major shooting in the U.S. happened legitimately, instead saying that they were faked in order to create a situation where people might allow Obama to take away their guns. That Paul would resort to such a sad, deluded man to get his spot back is disappointing and pitiful.

MSNBC’s Rachel Maddow reports on the story, tearing Paul to pieces for turning to the hateful, conspiracy-obsessed man.

Maddow gives some advice to Priebus,

“Reince Priebus, you might want to check the caller I.D. before you pick up the phone.”