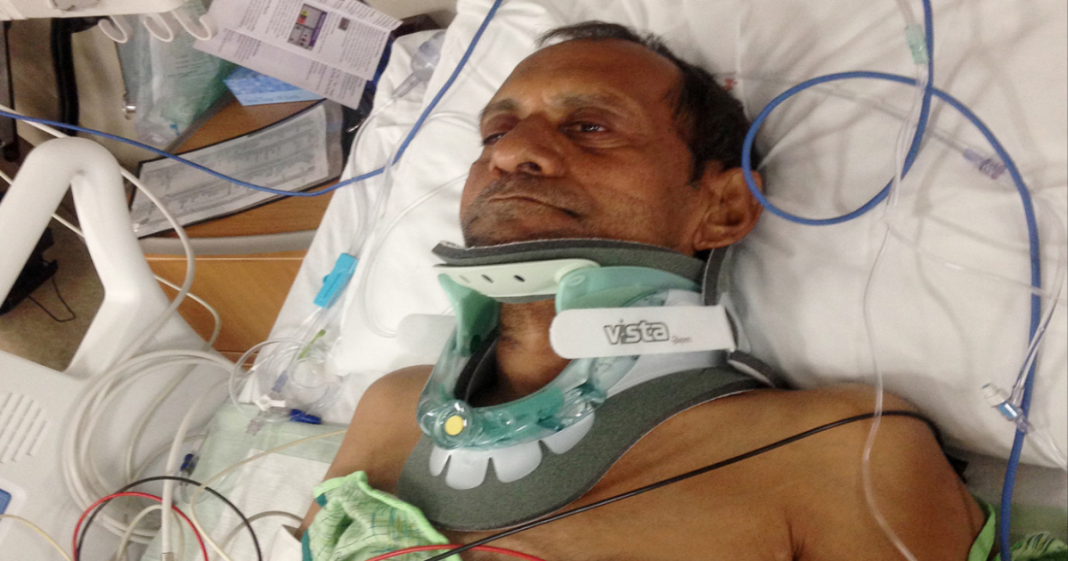 Another officer has been let off the hook for a brutal attack on a man which left him partially paralyzed and in the hospital.

Last February, 57 year-old Sureshbhai Patel was walking down a street in his son’s neighborhood in Huntsville, Alabama during his family visit to the U.S. when a suspicious neighbor called the police. The neighbor told the police about a “skinny black man” in the neighborhood. Patel, who did not speak English, ignored commands from police who then viciously slammed the man to the group, casing him to be partially paralyzed.

Officer Eric Parker was given two trials, both resulting in a hung jury. The judge deliberating for two months and then acquitted the officer.

Another senseless act, another unprovoked attack, and another violent cop keeping his freedom.