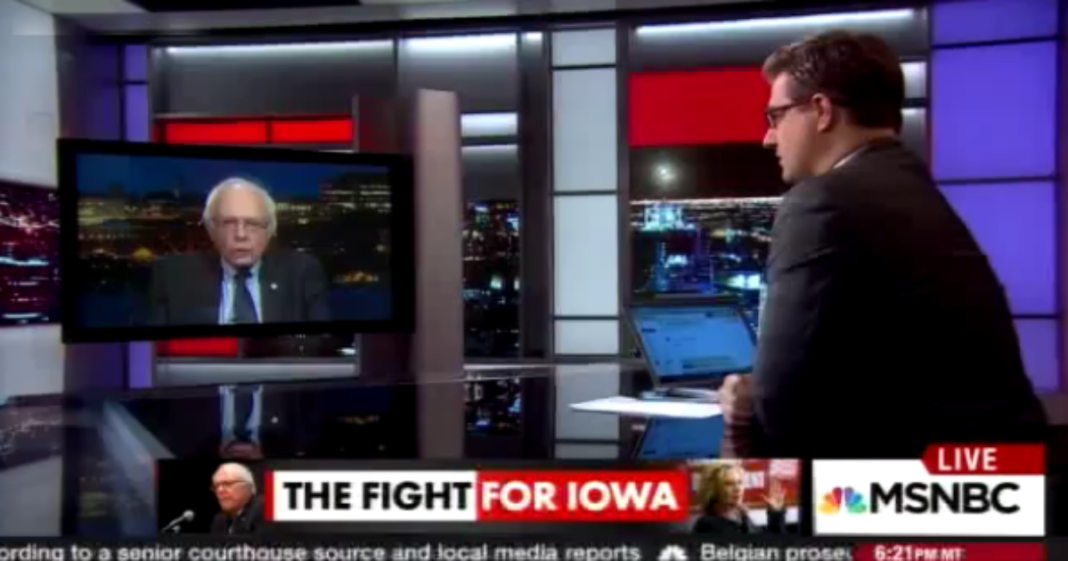 Bernie Sanders appeared on MSNBC on Wednesday in order to further discuss his “Medicare-for-all” universal healthcare plan which has recently come under fire from his political opponent Hillary Clinton.

Sanders spoke with Chris Hayes about the funding issue of the plan, arguing that by eliminating premiums, any extra money payed in taxes by the average American would be more than made up for in money saved from these yearly limits.

Bernie also admitted that he does not expect it to be easy to get his plan to pass, but that if Americans are shown the advantages in an honest way, the universal plan will bring America to the forefront of healthcare in the modern world.