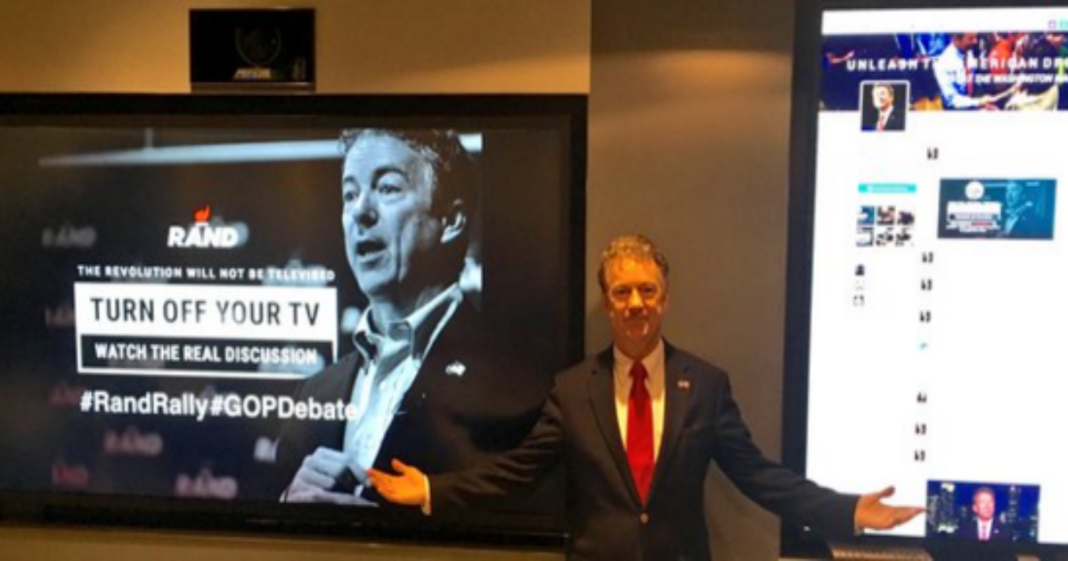 Though presidential candidate Rand Paul had been barred from participating in Thursday night’s debate on Fox Business network along with candidate Carly Fiorina, his presence was still made known in the second half of the showdown when a group of (female?) supporters began shouting “We want Rand.”

The outcry caused a pause in the debate before moderators and candidates alike had themselves a little chuckle and continued on.

At the last GOP debate, Rand also seemed to have an interesting level of crowd support, with a host of female voices screeching for him at key points in the debate.

Rand had been invited to attend the undercard debate Thursday evening, but Rand refused, saying that his campaign wouldn’t accept anything that wasn’t “top tier.”

Instead, Rand lashed out on media outlets, accusing the network of using “bad math” to exclude him from the debate.

Rand instead held an online forum during the debate, telling people to turn off their televisions and that “the revolution will not be televised.” He live-tweeted from the Twitter New York offices where he used video clips to directly respond to questions asked by users.

It is still unclear whether this is the end of Rand’s campaign, but it appears as if he plans to hang on until the bitter (and non-televised) end.