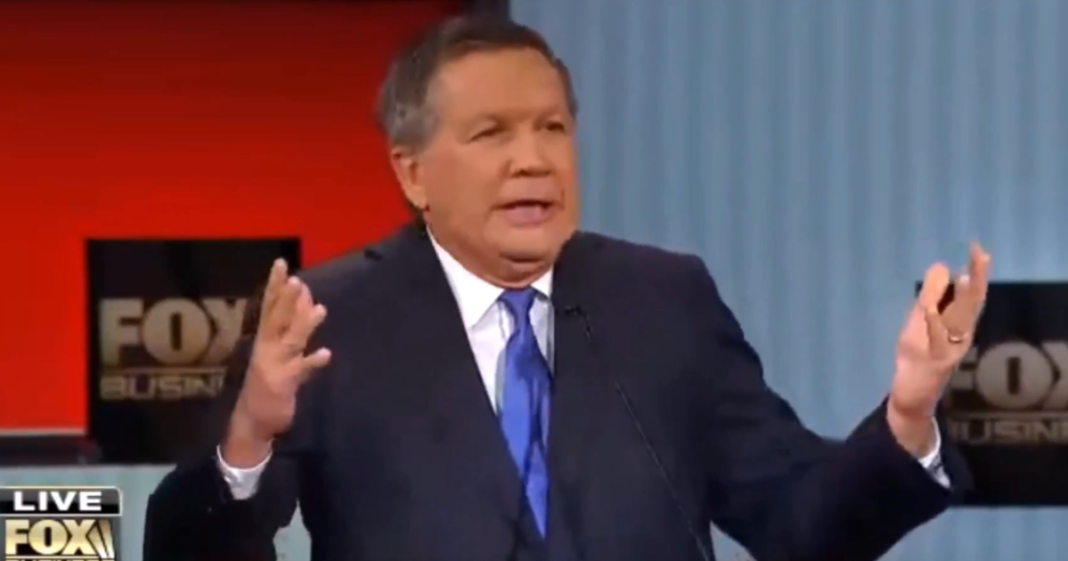 Republican presidential candidate Ohio Governor John Kasich barely polled high enough across the nation to make it into Thursday night’s debate, but that didn’t stop him from mocking Senator Bernie Sanders’ chances in the national election.

Kasich, who was just inches away from being demoted to the undercard debate was asked what he thought of Senator Bernie Sander’s supposed “90 percent tax” (completely misrepresenting Sanders’ policy ideas, by the way).

Kasich giggled and threw his hands in the air, proclaiming,

“We’re going to win every state if Bernie Sanders is the nominee. That’s not even an issue. And I know Bernie. And I can promise you he won’t be president of the United States.”

Bernie, who has millions more supporters than Kasich, has a very real chance of winning the general election if he makes it past the primaries.

The latest Quinnipiac University National Poll didn’t even bother to include Kasich in their poll about who would win in a Dem-Rep head-to-head, but Bernie beat every other Republican candidate in the poll.

So keep laughing, Kasich. As the Republican party continues to ignore and dismiss Sanders’ growing success, they are digging their own grave.