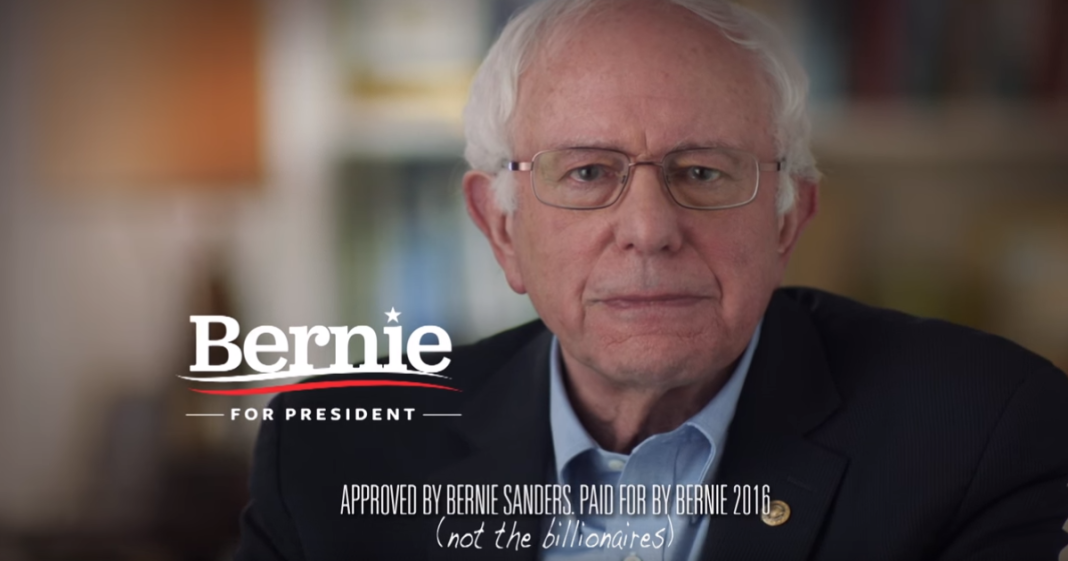 With the Iowa and New Hampshire Caucuses drawing ever-closer, Senator Bernie Sanders is posed to release his newest campaign ad directly addressing the core issues of his candidacy to the battleground states.

Sanders alludes to his competitor Hillary Clinton in the ad without specifically referencing her when he states that there currently exist “two Democratic visions for regulating Wall Street.”

One, he says, allows Wall Street to continue on business-as-usual, while the other will be a tougher road paved by the Senator.

“Will [Wall Street] like me? No. Will they begin to play by the rules of our president? You better believe it.”

The GOP should take notes: This is how you make an “attack ad” with class.