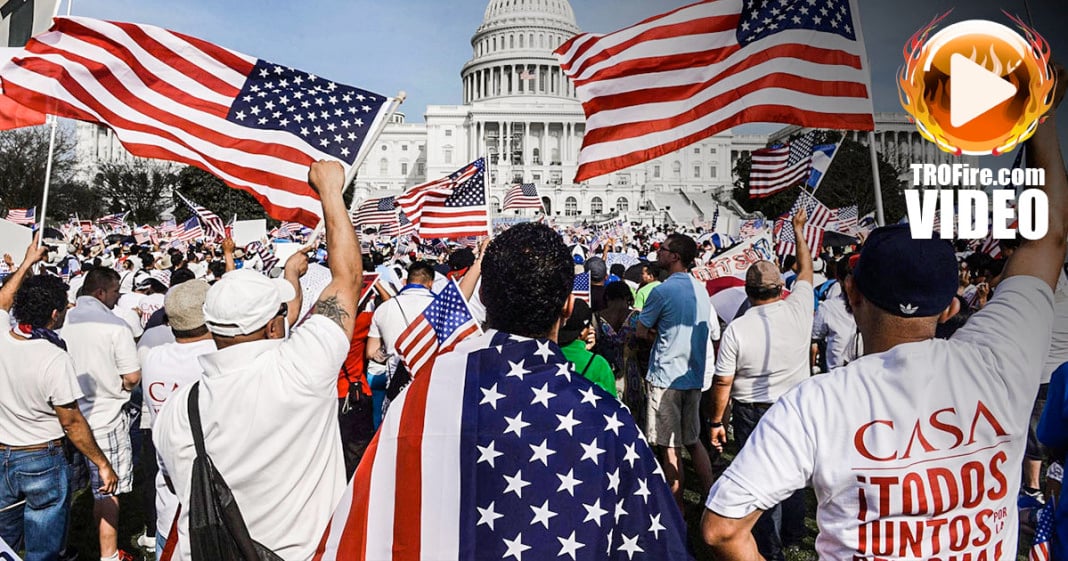 When it comes to politicians, it’s usually best to second-guess almost everything they say. This holds true especially for Republicans in an election year.

Take the issue of immigration. Republican presidential candidates have made this year’s election all about the handling of undocumented immigrants, and they’ve been very successful in drumming up their angry, bigoted base to be fearful of anyone that comes across America’s borders.

So far in the Republican debates, we’ve heard endless stupid talk from the candidates about how high they’d build a wall along our Southern border, who they’d make pay for it, and so on. We’ve heard people like Chris Christie say that he’d track immigrants like FedEx packages, and still other candidates want to ship immigrants out of this country by the truckload.

But how much of this is rhetoric and how much would become a reality if one of these clowns gets elected? Luckily, the answer is that most of these asinine talking points are just a means to get their base worked up and the actions of the candidates don’t appear to support their positions on immigration.

Take Ted Cruz, for example, the son of an immigrant. While he’s talked a big game on immigration, he admitted this past weekend that he would not be sending around squads of government officials to round up undocumented immigrants and send them home. But he does want to change the way in which we naturalize the children of immigrants, so he still has that talking point going for him.

As for Marco Rubio, another GOP candidate who was born to immigrants, he actually granted in-state tuition to undocumented immigrants in Florida during his tenure as the Speaker of the Florida House of Representatives. And that’s not a bad thing – he should have granted this privilege to students from all over the country, but it was still a decent move by Rubio.

So why is immigration even an issue? Because Donald Trump wanted it to be. When he made his announcement that he would be running for President, Trump immediately began attacking immigrants and it worked really well for him, so all of the other candidates immediately jumped on the anti-immigrant bandwagon. But Donald Trump doesn’t quite understand modern American politics, and that’s why he was able to get away with attacking immigrants. For the rest of the candidates that have to rely on money from wealthy donors, they understand that their corporate masters don’t want our borders shut down, and that’s likely why we’re beginning to hear a softening of the rhetoric surrounding immigration.

But again, don’t put too much stock in what these Republicans are saying about immigration, because these talking points are either going to kill them at the polls by alienating a huge demographic, or they’ll find that the powers of the President of the United States are a lot more limited than they think, and Congress could easily kill any plans to build a giant wall or to start rounding up immigrants for deportation…