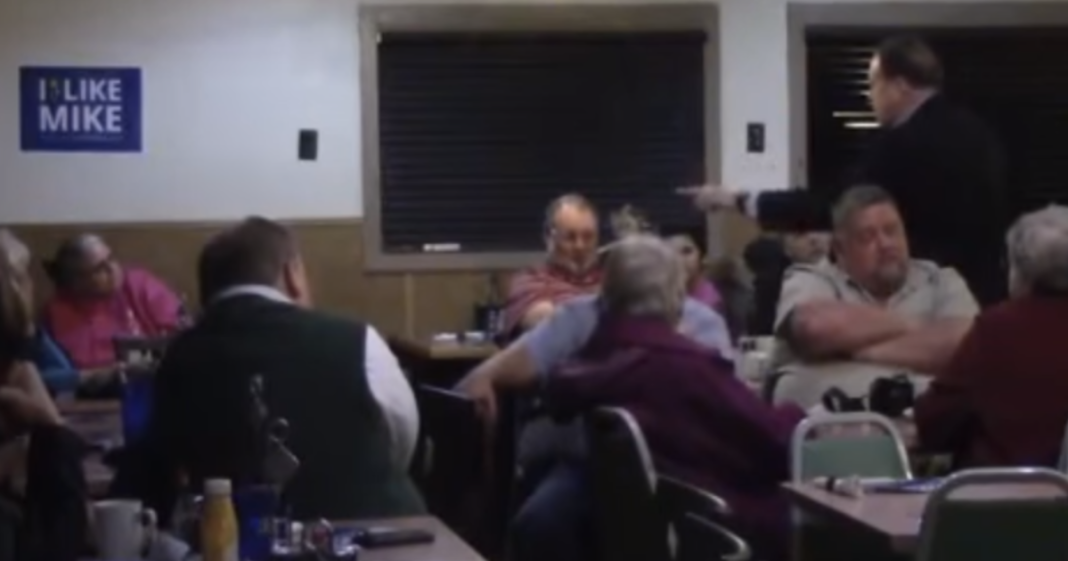 Apparently Mike Huckabee, long-shot GOP presidential candidate, knows something that the rest of us do not about the infamous Duggar family.

During a tiny rally in Iowa, Huckabee fielded a question from an older woman who asked him if he supported child abuse. Huckabee began to turn the question into an anti-abortion talking point before the woman asked him why he supported child abuse. Huckabee still wasn’t sure where the woman was going and asked her why she would accuse him of such a thing. The woman then brought up the Duggar’s sexual abuse scandal, and then Huckabee went off the freaking rails.

“you cannot abuse, which is what you’re doing, the reputation of a godly family who have been through hell because a son of theirs—one of their many children—did something evil.”