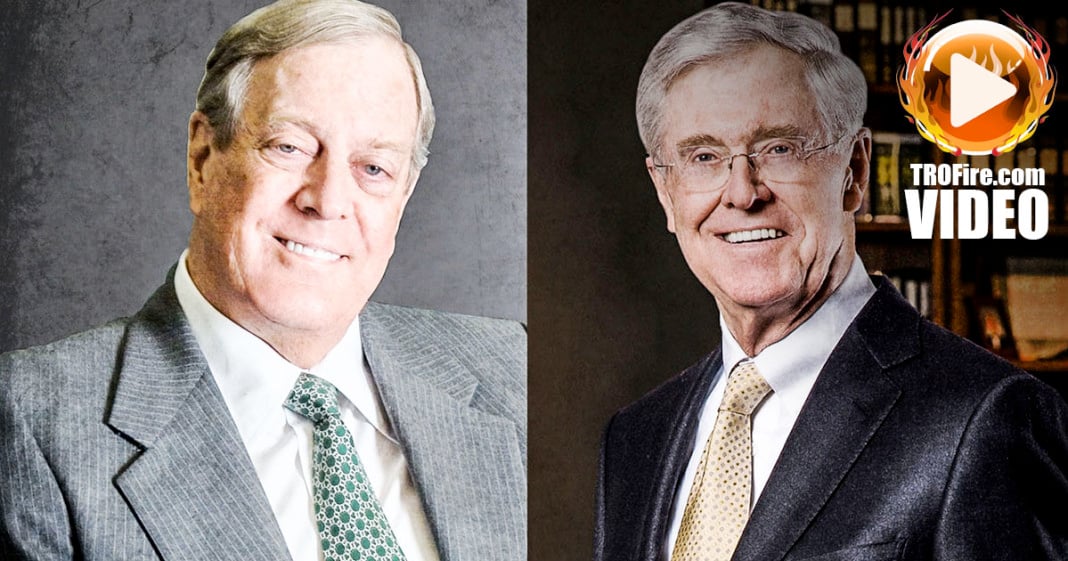 Charles Koch is sad that he and his brother don’t have as much influence over the 2016 election as they had hoped. In an interview with The Financial Times, Koch lamented the fact that he and his brother David had presented all of the Republican candidates with a list of things that they wanted to get out of the next president, and the candidates didn’t seem to care too much about those demands.

So because the candidates were not immediately willing to sign off on the Koch checklist, the Koch brothers think they don’t have enough power in the political process.

Let’s get something straight here – if you have enough power to meet with all of the candidates for a political party and you’re confident enough to hand them a list of your demands, then you have too much power in American politics. If you are planning to spend close to $1 billion dollars in this election, then you have too much influence over our politics.

Another problem is that their name is toxic. They don’t seem to understand that they have poisoned the entire Republican Party by shifting it too far to the right by creating their little Tea Party groups, and they’ve helped to alienate moderate Republicans who now view the Kochs as the enemy. So of course Republican candidates aren’t going to bow down to the Kochs just yet – they still have to win the primaries. But once they secure the nomination, whoever the candidates is will be knocking on the door of the Koch Brothers begging for corporate campaign money. Maybe then Charles Koch will stop moping around about his alleged lack of political power.