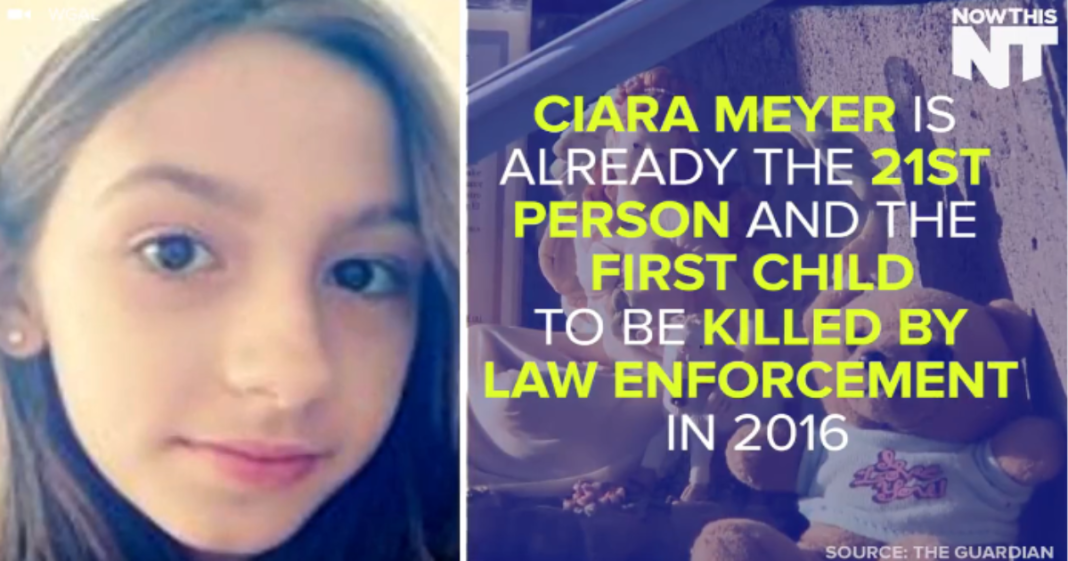 It is well known that police officers in America are trigger happy and far too willing to execute citizens who may or may not be posing a threat to them; this does not appear to be the case for the accidental killing of 12 year old Ciara Meyer in Duncannon, Pennsylvania.

Police arrived at the residence of Donald Meyer to serve an eviction notice, when the man pointed a gun at Constable Clark Steele. Feeling that he had nowhere to retreat to and rather than shooting to kill, it appears that Steele was attempting to take Meyer down non-lethally when he fired a single shot into his arm.

Unfortunately, the bullet traveled through Meyer’s arm and into the body of his daughter who had stayed home from school that day and was standing closely behind him, killing the girl.

Steele has voluntarily suspended himself, reportedly “shattered” at the death he caused.

Meyer made a terrible mistake by choosing to act in such a rash way around his young daughter, but the argument could also be made that officers should not have fired their guns around the child. Either way, this case does not appear to be one of police brutality, but a tragic accident that could have been prevented if cooler heads had prevailed on both sides.