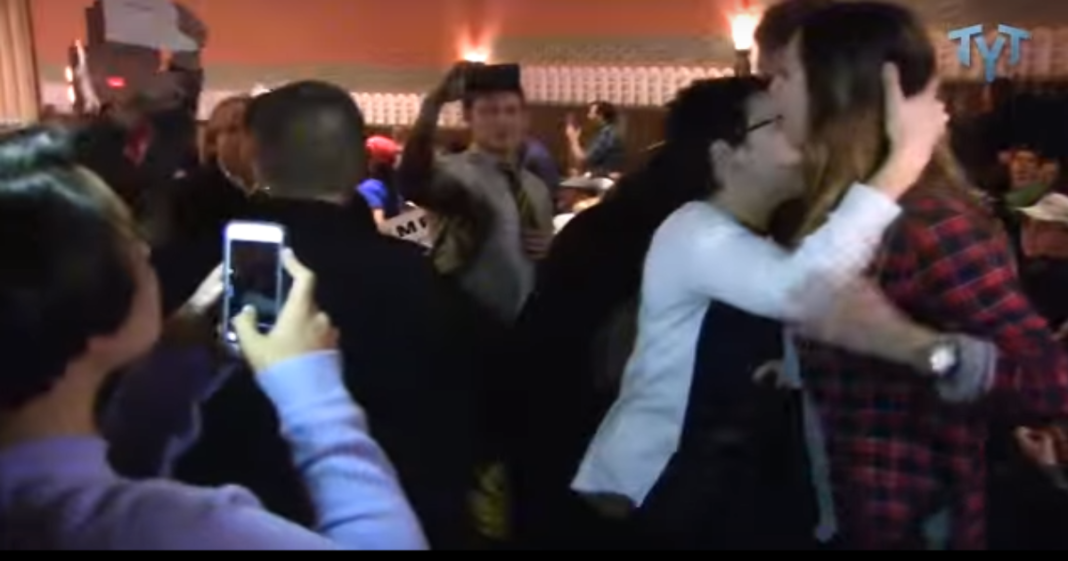 As if the tone of Trump rallies haven’t been violently dangerous enough, last week in Vermont Trump vowed that his security would get “so tough” and “so nasty” with protesters, ultimately resulting in protesters being too afraid to show up to the rallies.

An excellent Young Turks video from Vermont shows some of the increased security that the mainstream media hasn’t been talking about at Trump rallies. Reporter Jordan Chariton explained that he and his crew felt constant pressure to behave in order to prevent getting removed. They were assigned a Trump aid whose sole job was to make sure that they did not capture footage of the protesters removal, and several times they were threatened with removal for posting live video on the app Periscope.

One after another, the protesters were lead out to the deafening screams of “Trump” from the rabid supporters. Trump seemed to get frustrated and called for Security to act faster.

“We’ll get more and more angry as we go along.”

“Pretty soon they’re gonna get so nasty that we’re not gonna have any more protesting, you know that right?”

One of young women removed could be heard shouting “I didn’t do anything,” after being accused by another audience-member. She became enraged and was led out by another woman also being removed. If this is true, then the Trump crew is turning on its own.

Watch to see what really happens at these despicable Trump rallies.