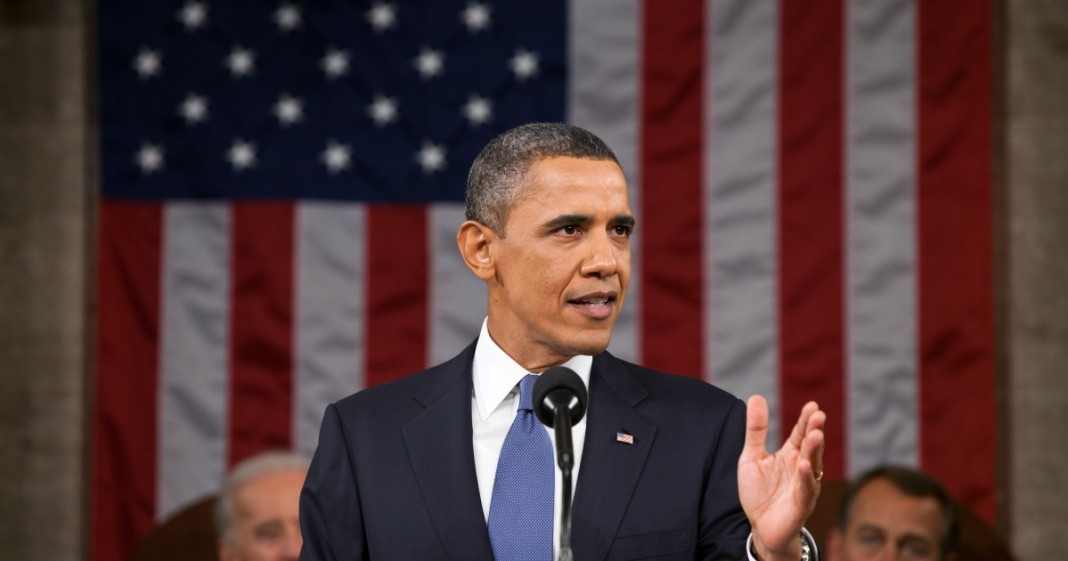 During President Barack Obama’s final State of the Union address on Tuesday night, he covered many topics ranging from terrorism to the economy, from innovation to political discourse. One of the most important talking points he approached was a veiled rebuke of divisive politics from the GOP in the form of racial and religious discrimination against the Muslim people.

“As frustration grows, there will be voices urging us to fall back into tribes, to scapegoat fellow citizens who don’t look like us, or pray like us, or vote like we do, or share the same background.”

“That’s why we need to reject any politics that targets people because of race or religion. This isn’t a matter of political correctness. It’s a matter of understanding what makes us strong. The world respects us not just for our arsenal; it respects us for our diversity and our openness and the way we respect every faith. His Holiness, Pope Francis, told this body from the very spot I stand tonight that “to imitate the hatred and violence of tyrants and murderers is the best way to take their place.” When politicians insult Muslims, when a mosque is vandalized, or a kid bullied, that doesn’t make us safer. That’s not telling it like it is. It’s just wrong. It diminishes us in the eyes of the world. It makes it harder to achieve our goals. And it betrays who we are as a country.

Our Constitution begins with those three simple words, words we’ve come to recognize mean all the people, not just some; words that insist we rise and fall together.”

Obama has always been known as an excellent orator, and this final State of the Union was no exception.