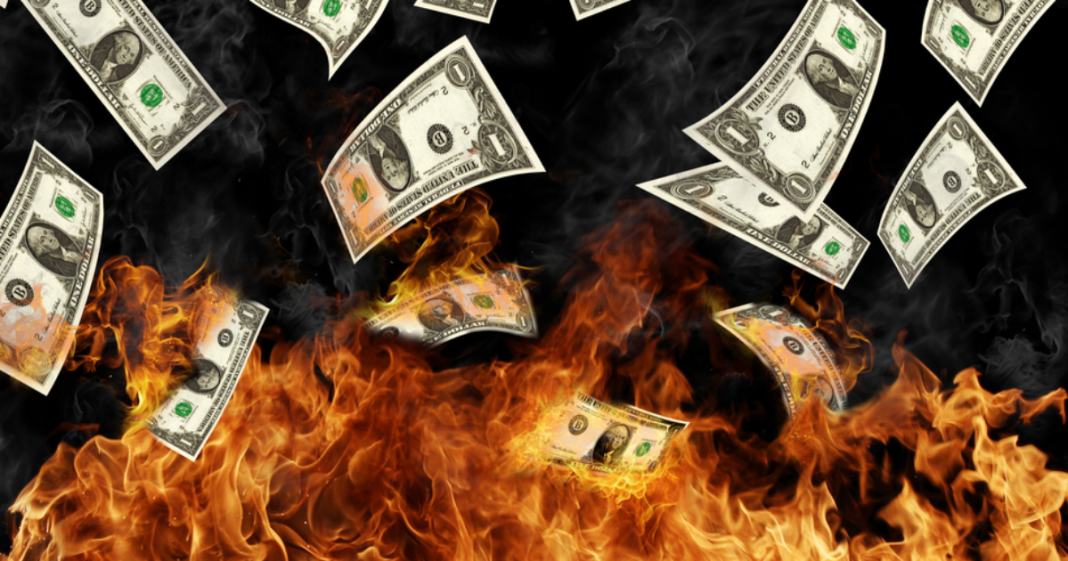 Thanks to a recent American airstrike, tens of millions of dollars ISIS had stored in cash has literally gone up in smoke.

U.S. defense and military officials told NBC News that the attack launched against the ISIS-held city of Mosul in Iraq destroyed a bank where the terrorist organization was housing their dough, but would neither confirm nor deny reports out of Iraq that civilians were killed or that guards were present in the bank at the time of the attack.

The raid plays a role in the plan for U.S. coalition forces to attack ISIS’s source of income, illegal oil smuggling, by targeting bombings on oil fields and Turkish-bound tanker trucks. Making somewhere between $8 million and $10 million through their oil smuggling operations, strategy turned toward targets on the economic front, reducing their resources and thereby limiting the organization’s ability to pay its combatants or buy the loyalty of its makeshift state’s subjects with the complicated education and welfare systems they’ve set in place.

Even if the U.S. can’t make strides to break up big banks in America, at least we are one step closer to shutting down the money flow to ISIS.