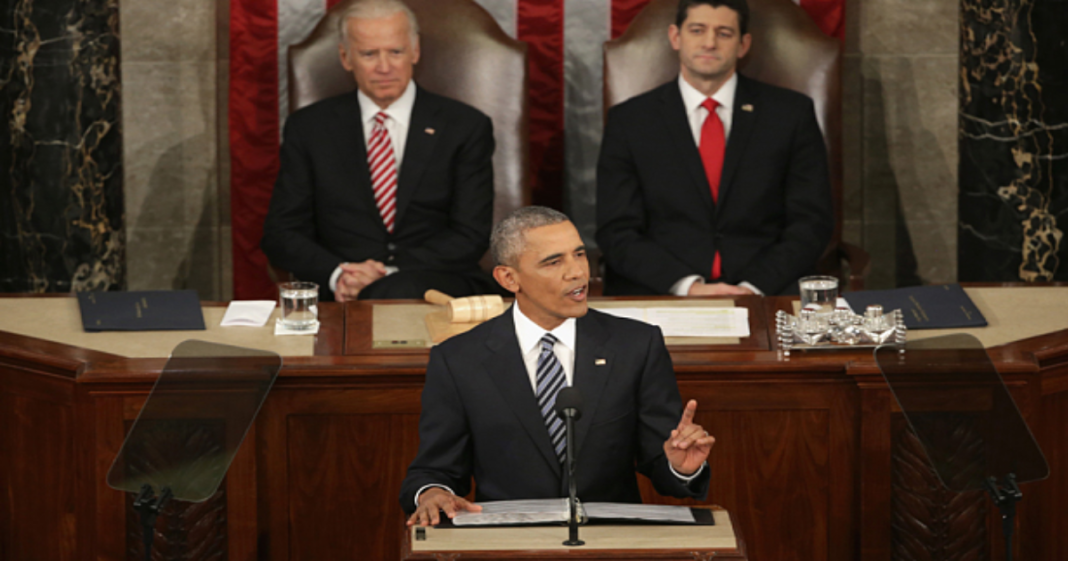 Rush Limbaugh, in whatever ferreted-away radio show he is broadcasting from, expressed displeasure Tuesday about the fact that a real life Muslim (or two!) would be allowed to attend the State of the Union address on Tuesday evening.

Limbaugh argued that Obama was purposefully inflaming divisiveness by allowing Muslims to attend the address, despite the fact that Obama wasn’t the one who invited them. Two representatives were responsible for inviting the two Muslim guests.

Limbaugh also bemoaned the fact that an “illegal alien” would be sitting next to the first lady. The man he is referring to is a Syrian Refugee and personal guest of the first lady Refaai Hamo, who fled to the U.S. after the death of seven of his family members. Hamo holds a doctorate and worked as a civil engineer in Syria and was made famous on the Facebook page Humans Of New York who dubbed him “the Scientist.” For Limbaugh to accuse this man of being an “illegal immigrant” is a colossal offense.

This obviously isn’t just the beliefs of Limbaugh as recently the Trump campaign has removed Muslim attendees from a rally for standing silently, as well as far-reaching support for Trump’s anti-Muslim proposal. The dark streak of racism and intolerance in the GOP seems to be growing, not shrinking.

There are Muslim people who peacefully live and work in America, as they have for years. They are citizens like everyone else, and as a result, sometimes they get to actually participate in our political system, imagine that!

Limbaugh is about as low as it gets.