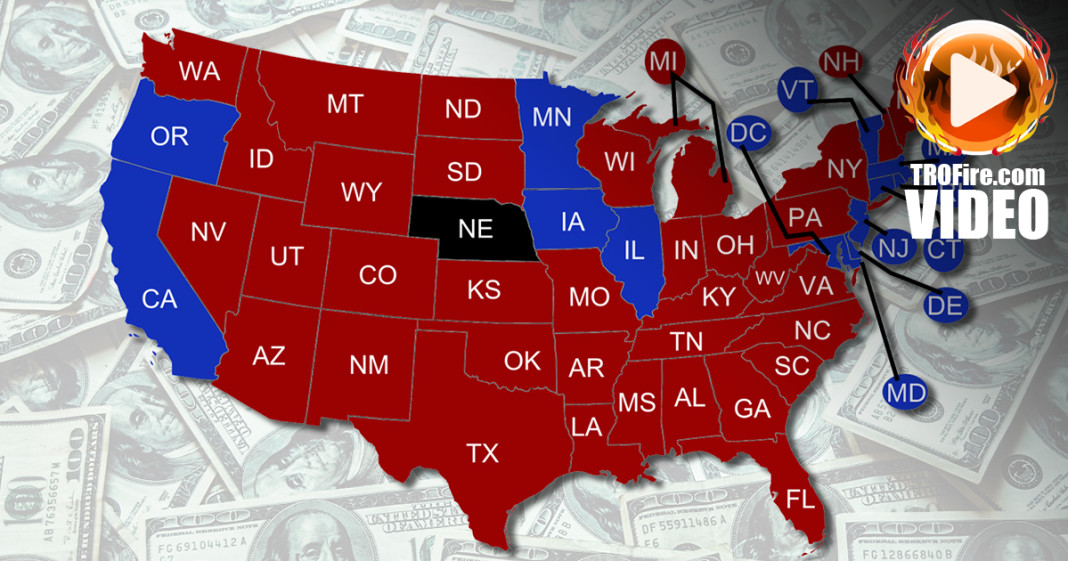 For years the Republican Party has been telling us that the welfare system in America is helping to make people lazy and making them too dependent on the federal government. If this is true, then a new report has some horrible news to deliver to Republicans.

As it turns out, Red states are far more likely to depend on federal welfare than blue states, and they are also more likely to have a higher percentage of poor people in their states. A new report from the Tax Foundation shows that two of the most conservative states in America – Louisiana and Mississippi – rank in the top 3 recipients of federal handouts. The report says that, of the revenue brought in by these states each year, with about 42% of Louisiana’s total state revenue coming from the federal government and almost 43% of Mississippi’s yearly revenue coming from the feds. The remainder of that revenue is what the states bring in via taxes, commerce, and other sources of revenue and that’s not a reflection of the workers in the state, but a reflection of the failed conservative principles that govern these states.

Both Louisiana and Mississippi are run by backwards-thinking Republican governors who feel like it’s their job to cut benefits for the needy while at the same time handing out welfare to wealthy corporations. They have both also allowed the energy industry to operate with few limitations in their states, further reducing the health of the overall state.

Overall, the study shows that conservative states are far more likely to depend on the federal government to shore up their budget shortfalls, which is one of the greatest ironies in American politics. Republicans love to tell us that welfare recipients are lazy and shiftless and that an individual’s success or failure is the sole responsibility of the individual, but THEY are actually the ones who depend the most on government handouts.

The bottom line is that conservative policies are failures. The last good idea from a Republican politician ironically came from Richard Nixon when he took the initiative to create the EPA. And then after that, both for Nixon and the GOP, everything fell apart…