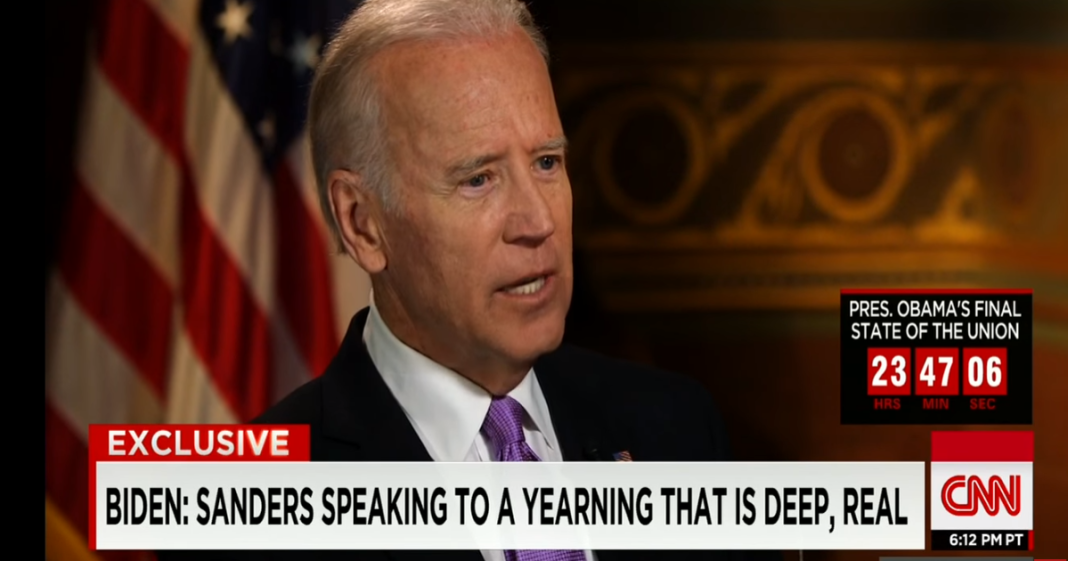 Vice President Joe Biden sat down with CNN’s Gloria Borger on Monday to discuss the current political race, and Biden had some very positive things to say about Presidential candidate and current Democratic underdog Bernie Sanders.

“Bernie is speaking to a yearning that is deep and real, and he has credibility on it and that is the absolute enormous concentration of wealth in a small group of people with the middle class, now, being able to be shown being left out. There used to be a basic bargain that if you contributed to the profitability of an enterprise, you got to share in the profit; that’s been broken.”

“It’s relatively new for Hillary to talk about that. . . No one questions Bernie’s authenticity on those issues.”

“Everything, y’know, is sorta coming down to earth, just settling in, but it’s not over.”

It is surprising to hear such positive things aimed at Sanders with such legitimate criticism regarding Hillary from the vice president, but it may be further indication that the momentum of this election is sweeping the other way.

It sounds like Biden is a secretly big fan of Bernie and that the establishment may be getting the rug pulled out from under it in the coming weeks.