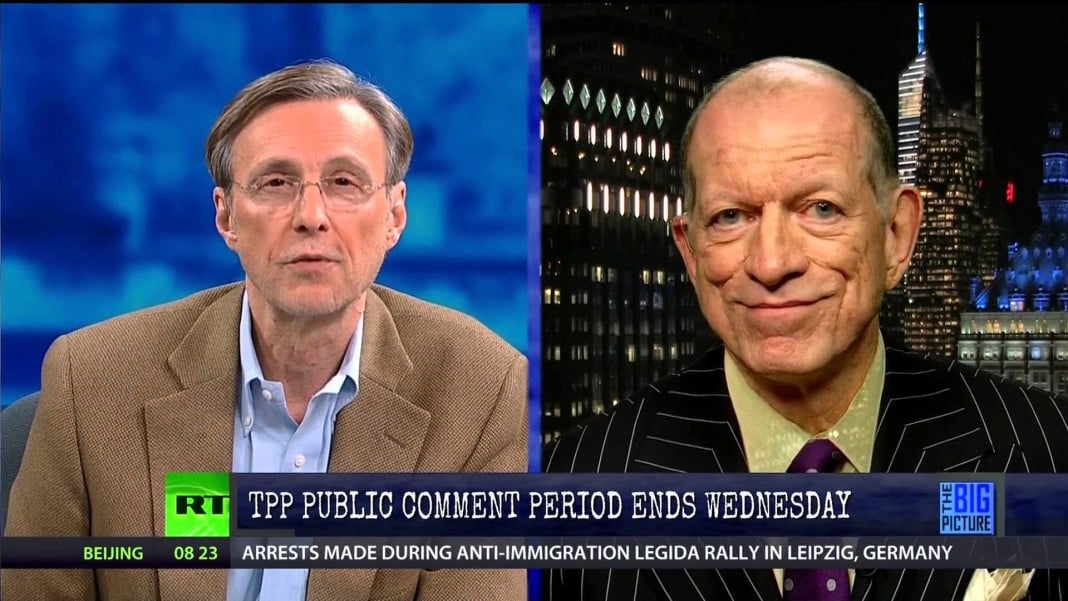 The Transpacific Partnership – or SHAFTA as I like to call it – is only open until this Wednesday – January 13. The TPP is a so-called “free-trade” agreement that has been negotiated behind closed doors with heavy input from giant global corporations to manage trade between 12 countries and the United States. The President is expected to make a strong sales pitch for the agreement during tomorrow’s State of the Union address – and he’s expected to make the case that this trade agreement isn’t just about the United States’ economic interest – it’s about our national security and balancing China’s influence in the Pacific. But the simple fact is – these insane “free trade” agreements – like NAFTA – CAFTA – the WTO and Permanent Normal Trade Relations with China – have never done anything to strengthen America strategically. Curtis Ellis, Obamatrade.com/American Jobs Alliance joins Thom.