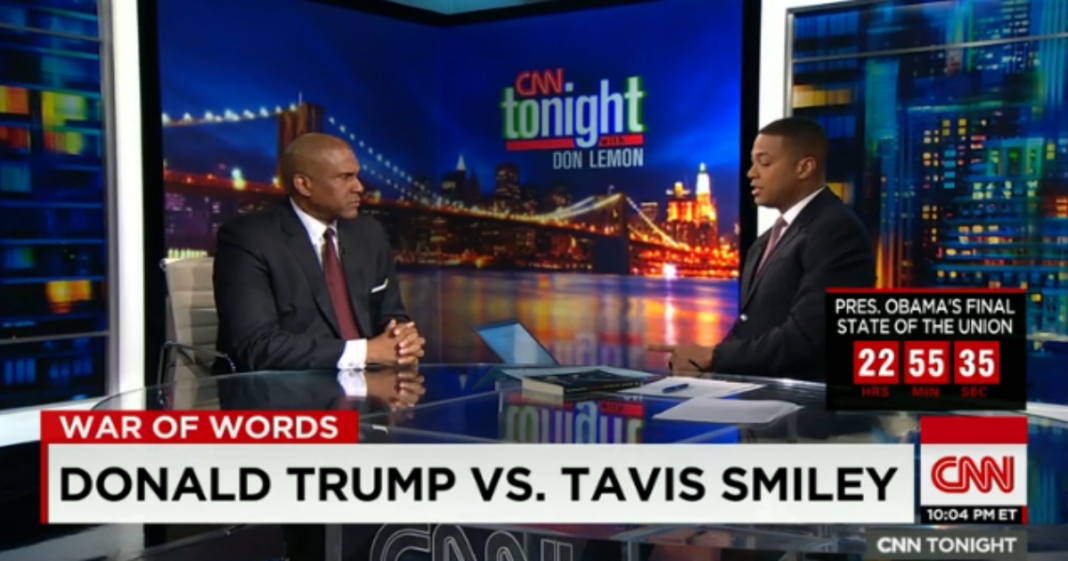 Tavis Smiley has been making some extremely valuable comments criticizing Donald Trump for his xenophobia and racism recently, and has already been directly called out by Trump on his Twitter page for it.

Smiley, who has criticized Trump for his hate speech which inspired white supremacists to campaign for the real estate mogul, was called a “Racist” and a “hater” by Trump.

“I’m on your program tonight because I made a comment about Donald Trump yesterday on a morning show,” Smiley said. “And within a matter of hours, Donald Trump had tweeted about me… So if that story broke over the weekend about this white supremacist — again, he can’t be responsible for who is supporting him. But how can he get around to calling me a racist and a hater in less than 24 hours, but since the weekend he hasn’t gotten around to condemning a white supremacist for supporting his campaign.”

He had more to say about the media, though, expressing frustration that news outlets report Trump’s antics without giving them the contextual condemnation they deserve, thereby endorsing the hate speech which Trump is promoting.

“We ought not to cover him without condemning him . . . we in the media keep letting him get away with this”