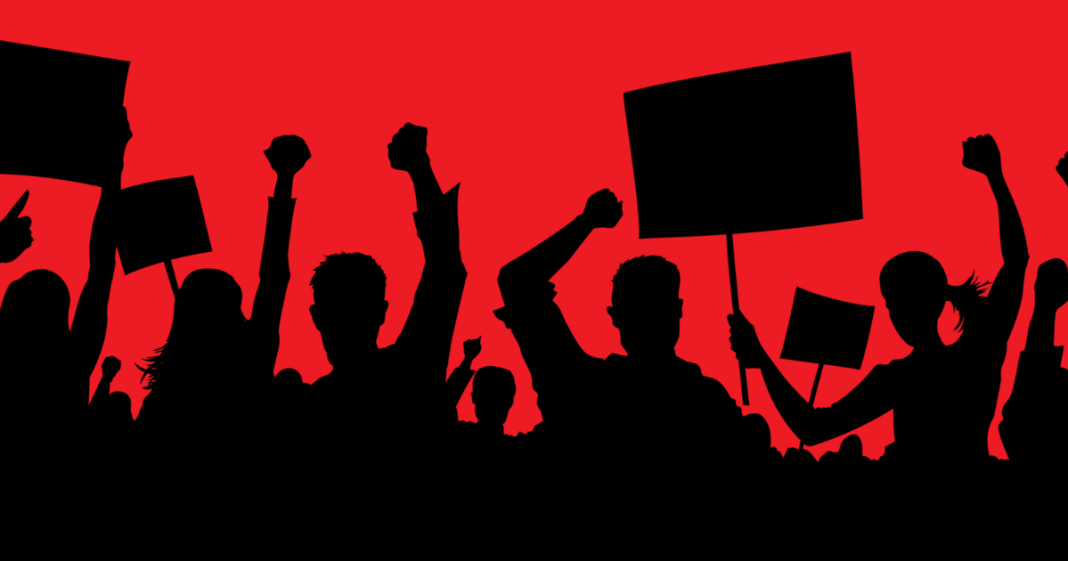 Ever since Reagan smacked down the air traffic controller’s union in 1981, the right-wing has carried out a vicious, no-holds-barred, ongoing war against organized labor. This year, the U.S. Supreme Court, under corporatist John Roberts, appears ready to deliver the killing blow.

At stake is a 40-year-old, unanimous SCOTUS ruling allowing public-sector unions to charge non-members a nominal fee (known as a “fair service fee”) in order to cover the legal and administrative costs of collective bargaining, the administration of contracts and representing workers with grievances. Legally, public-sector unions such as the National Education Association, International Union of Police Associations, International Association of Fire Fighters, and others must represent all public workers on these issues, whether they are members or not. Non-union workers are not obligated to contribute to the union’s political activities, however.

Therein lies the bone of contention.

The case in question is Friedrichs v. California Teachers Association (CTA). According to the plaintiff, those required services, which involve standing up to the power of capital and management in order to secure decent working conditions and fair wages, are in themselves “political.” The rationale for this argument: the employer is the government itself. Ergo, since the unions are bargaining with the government, such activities are “political” – and therefore, non-union members cannot be forced to contribute. However, the unions will still be obliged under the 1977 ruling to provide representation and bargain on behalf of those non-members.

The implications are grim, and the agenda is obvious: this is the final attempt to break those pesky public workers’ unions once and for all by defunding them. Forcing those unions to represent non-members without a way to cover the costs of that representation means bankrupting them, effectively rendering them powerless.

Aside from the fact that four of the Supreme Court justices are firmly in the back pocket of the oligarchy, while a fifth has corporatist leanings, various comments from conservative judges leave little doubt about how they will rule on this case. Justice Antonin Scalia agreed with the plaintiff:

“Everything that is collectively bargained with the government is within the political sphere, almost by definition.”

“It’s all [about] money…that’s going to be allocated to public education as opposed to public housing, welfare benefits, that’s always a public policy issue.”

Who’s behind all of this?  The usual suspects. According to Politico, the lawsuit now before the SCOTUS was authored by the Lynde and Harry Bradley Foundation, a right-wing Libertarian organization that “seeks to strengthen the American ‘democratic’-capitalist system” –  in other words, protect the power and privilege of the oligarchy. That foundation has spent millions of dollars over the past generation to break unions and put working peons in their place. The Bradley Foundation provides major funding for the Center For Individual Rights, a right-wing non-profit law firm that filed the case. The foundation also funds nearly a dozen more right-wing, anti-labor, anti-people organizations that have filed amici curiae (“friend of the court” briefs, filed by persons or organizations who are not party to a lawsuit, but hope to influence the court’s decision nonetheless) in this case.

Although a ruling for the plaintiff would not directly affect private-sector unions such as the United Food Workers and Commercial Workers Union or the International Brotherhood of Electrical Workers, there are serious implications for employees in private industry. Should the SCOTUS rule against the CTA – as seems likely – it could set a precedent that would allow the private corporations to run roughshod over their workers, driving down wages and stripping them of all rights whatsoever.

It would put growing income inequality on steroids, sealing the coffin of the American middle class once and for all. But therein may lie a ray of hope. Income inequality and growing poverty in the richest nation on earth has been a central issue in this election cycle. The SCOTUS is expected to hand down its ruling in June, just as the country enters the height of the campaign season. A ruling against organized labor could very well galvanize voters and motivate them to come out in droves – which as Progressives and Liberals know, is always bad news for the conservative right.