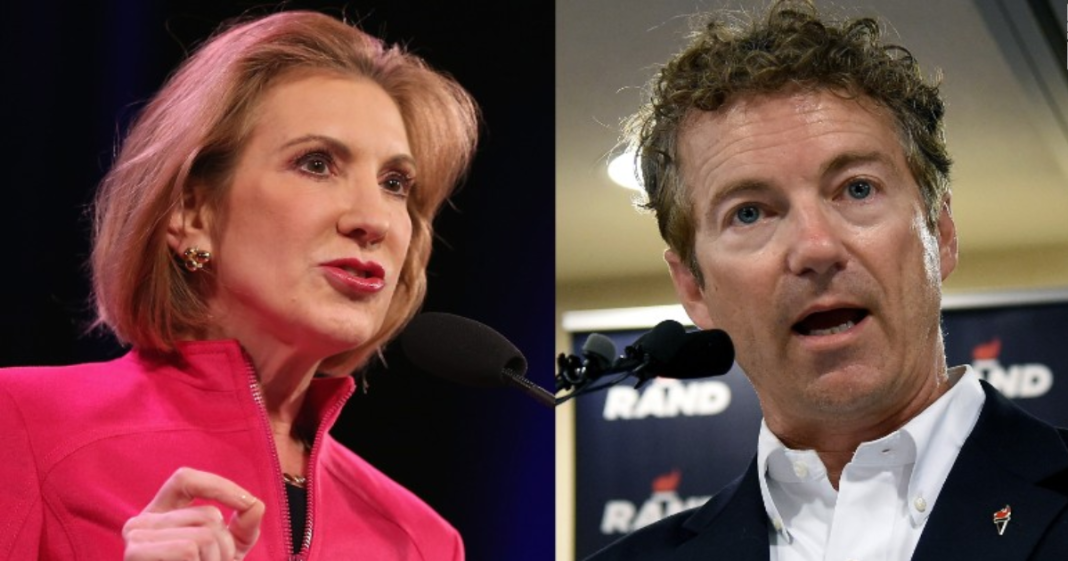 In the upcoming GOP debate on Thursday two more faces will be absent from the debate stage: ex-CEO Carly Fiorina and Senator Rand Paul.

Both candidates failed to garner the support in polls necessary to make the cut. Both have been offered spots on the so-called ‘undercard’ debate, but Paul has refused, saying that “we will not participate in anything that’s not first-tier.”

“To exclude candidates on faulty analysis is to disenfranchise the voter. Creating ‘tiers’ based on electoral results of real votes might make sense but creating ‘tiers’ on bad science is irresponsible.”

The debate will be hosted by Fox Business Network and will be their second GOP debate.

Both Fiorina and Paul have been allowed into previous debates when their poll results might not have allowed them to be due to network finagling, but it appears that this time, Fox is sticking to their predetermined rules.

That is, unless they change their mind between now an the debate. Wouldn’t be much of a surprise.