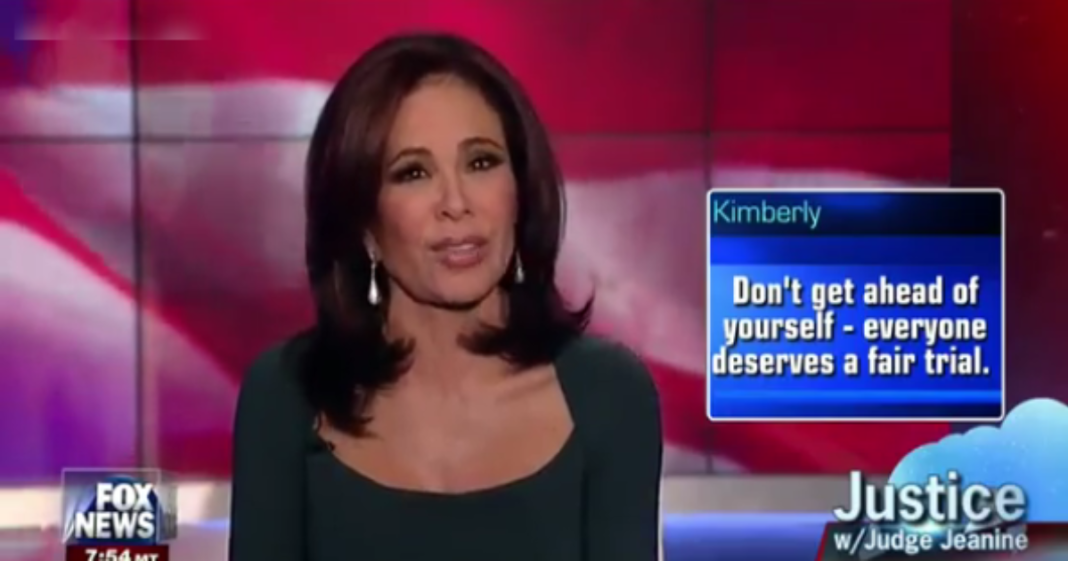 You might think there’s no such thing as a dumb question, but Fox News’ Jeanine Pirro proved that there most definitely is when she asked her viewers,

“Should we have the death penalty for ISIS-inspired violence?”

Evidently crime inspired by ISIS is in a separate category isolated from all other types of violent criminal activity. Nevertheless, audience members shared predictably groan-worthy responses like:

“They aren’t afraid to kill us, so why should we be afraid to give them the death penalty?”

“We’ve got a few guns down here in Texas, and more than happy to handle it!”

“Don’t get ahead of yourselves. Everyone deserves a fair trial. Let the courts decide.”

However, Pirro wasn’t a fan of the rationality (or due process, it would seem), and defensively responded “I drafted legislation all the time to increase sentence for punishment. The courts are the ones that implement the laws that we draft.”

In typical Fox News style, the segment ended with some rantings against President Obama and the futility of locking up criminals if he’ll just let them out again, referring of course to the President’s recent pardoning of a few low-level drug-related criminals.

Watch Pirro and her Islamophobic viewers as they casually discuss summary execution and their desire to undermine the basic principles of our judicial system.