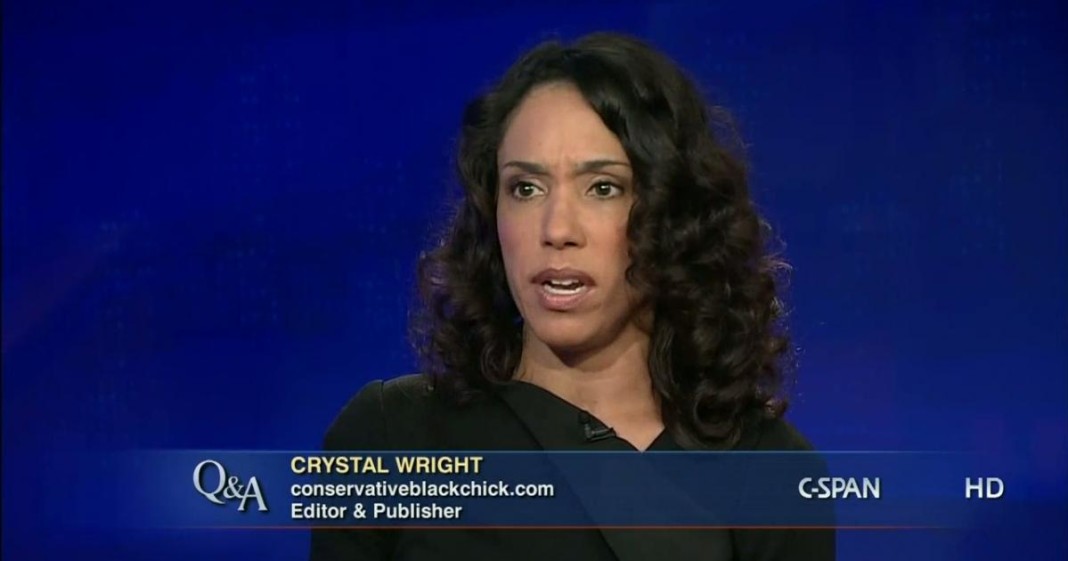 Repug author and blogger Crystal Wright took to the airwaves last week with a confusing message of caution for African Americans and the threat that the Democratic Party supposedly poses to them.

In a recent interview on “Fox and Friends,” Wright discussed her book Con Job and the glorified conspiracy theories it tackles.

Wright claims that dems are allowing for and ignoring black-on-black gun violence – even though a quick internet search shows President Obama addressed the topic only last week – while simultaneously allowing for the terminations of pregnancies by African American women with the pro-choice agenda, thereby “literally killing black Americans from the womb to the streets.”

But here’s the kicker; Wright cited notoriously bigoted Donald Trump as the most pro-black candidate in the race because of his views on immigration. Though it sounds like a joke, sadly there was no sarcasm on the radar.

Check out her nonsensical ramblings for yourself.